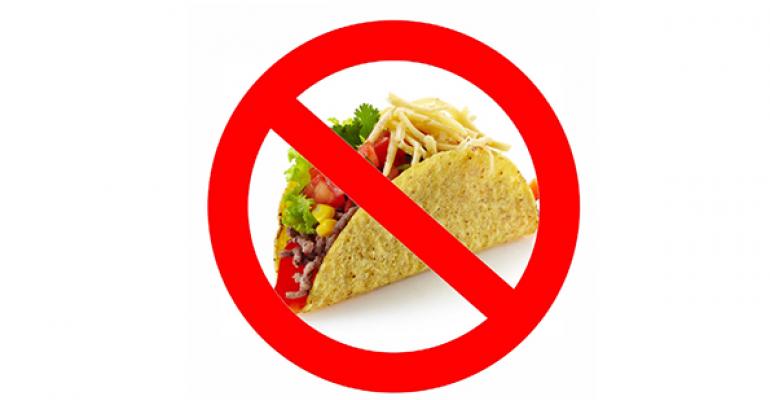 The old saying about leading horses to water but not being able to make them drink applies perfectly to K-12 dining, where mandates and good intentions have produced menus healthier than ever. However, that doesn’t translate to kids actually taking and eating it.

While all schools participating in the federal National School Lunch Program (NSLP) have had to deal with the issues surrounding the toughened standards mandated by the 2010 Healthy, Hunger-Free Kids Act, the St. Helena Unified School District, in California, is an extreme example. Not only does the district participate in the NSLP but a wellness committee formed to address parental concerns about the school menus also implemented a series of further nutritional requirements in 2012 that slashed menu discretion even further.

Don’t blame Kirby Tubb, the district’s director of foodservices. Tubb is a veteran director with a strong sense of mission about feeding children nutritious meals.

But she is also a realist. The standards imposed by the wellness committee forced the removal of some popular items (even though they met federal standards) such as pizza (though since reinstated), hot dogs, corn dogs, tortilla chips/boats, “pre-fab” chicken products like patties and nuggets and any kind of burger except those made with grass-fed beef.

“We had already been using whole-wheat flour tortillas for some time,” Tubb explains, “and had already gone to 100 percent whole-wheat bread even before it was required by the federal government.” The pizza was made using whole-wheat shells topped with scratch-made organic pizza sauce, part-skim mozzarella and low-fat commodity cheddar cheese and turkey pepperoni.

Apparently it wasn’t enough for the wellness committee, at least initially.

“Our food cost increased to some extent,” Tubb says. “We still use commodity foods, mostly brown box.”
Scratch cooking at the four school sites has traditionally been the norm at St. Helena, including homemade soups and even homemade ranch dressing. It sounds ideal but the numbers tell a different story. The restricted menu and deletion of some popular items took their toll on participation, as noted above.

Now, things are coming to a head as the participation realities lead to financial realities, like a growing encroachment on the general fund by the meal program as participation and revenues decline.

In a presentation to the board of trustees in March, Tubb documented the reduction in participation as well as the impact of labor costs on her department (Tubb says the wage scale in the district is higher than average for the state). But achieving cost savings in labor would be difficult because the staff of nine is already stretched thin.

Tubb says she was particularly concerned about the reduction in participation among free and reduced students because “we’re here for them and want to make sure we feed the kids who need it the most.”

Pizza, spaghetti and corn tortilla/soft taco days remain fairly popular but can’t make up for shortfalls on days when they aren’t on the menu.

Tubb says the goal is to lure those kids who qualify for free or reduced-priced meals back, and reinstating some of the items that had been removed from the menu would certainly help. She would, for example, like to add back orange juice (all juices had been banned) and nachos. For the nachos, she says she would use corn tortilla chips, the district’s own homemade seasoned pinto beans, low-fat cheese and salsa. “It makes for a very low fat, healthy entrée that’s vegetarian, and kids like it.”

The wellness committee is currently considering that as well as other changes to loosen the restrictions, but there is pushback from some parents who don’t want any step back. A decision is expected before the end of the school year.

The tiny district only has about 1,250 students (plus a hundred from a next-door Catholic school that comes to one of the sites for lunch).