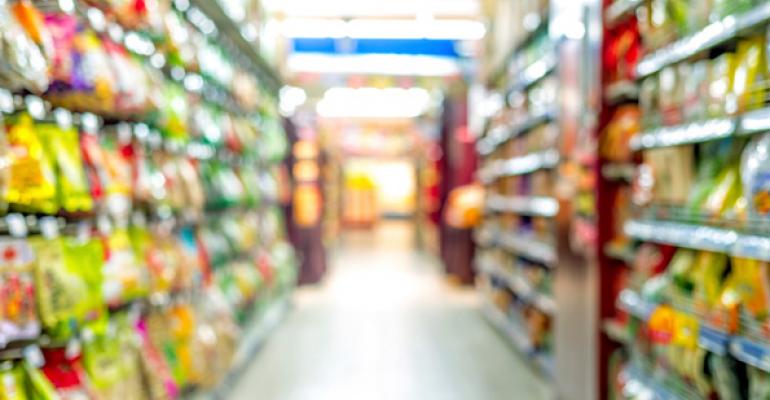 The Grocerants Are Eating Your Lunch

A serious threat to traditional foodservice business comes in the form of easy, grab-and-go meals and snacks from convenience stores, grocery stores and even gas stations.

The new breed of convenience stores are far from just “cigarettes, beer and hot dogs on rollers,” Cross said, adding that some of the products being sold at c-stores now are the same high quality found in chain restaurants. What’s more, today’s busy consumers are looking for fast, easy, healthful meals for their families, and they’re looking for value.

“You’re not just competing with other restaurants in your category (i.e. fast casual),” Cross said. “You compete with everybody who sells food.”

According to data from Technomic, 80 percent of Americans don’t know what’s for dinner by 4 p.m. Millennial Moms and ‘Indie Women’ (women over the age of 27 who work for a living), are in a hurry when it comes to food choices, and they control $50 billion in food and beverage dollars.

More and more, that money isn’t being spent in restaurants, said Jimmy Matorin of SMARTKETING. In 2007, data shows the annual number of meals in restaurants per person was 208. That number has been in a freefall ever since, dropping to just 192 in 2013.

“People have been getting more grab ‘n go and more heat ‘n eat,” Cross said. “They pick up a rotisserie chicken and steam some vegetables, and they have a fast, easy, nutritious meal for their family.”

Grocery and convenience stores began getting into the grab-and-go game seriously during the Great Recession, because of a paradox of sorts: people stopped eating in restaurants, but didn’t start cooking more at home, Cross said.

Mike Sherlock, vice president, fresh food and beverage, Wawa, Inc., joined the panel to share what the 200-year-old brand has been doing right in terms of connecting customers with fuel, convenience and fresh food and drinks. Wawa owns and operates 650 stores, and sells millions of cups of coffee every year, in addition to the hoagies, breakfast sandwiches and smoothies that it has become known for.

Wawa has taken a page from the fast-casual playbook by making its offerings with not just customization but personalization.

“The good thing about Wawa is that the customer controls the whole experience from the time they walk in,” Sherlock said. Sandwiches have been available to order on a touch-screen since 2000, and in the near future, smart phone payment is expected.

Another factor in its success is the personal connection that Wawa makes an important part of the employee culture—it’s a friendly place. “It’s not the transactions, it’s the interactions.” This is accomplished through a lot of hands-on training.

Keeping the brand fresh is another winning strategy. In 2008, when coffee sales started to slump, Wawa refreshed the look, with a more open, sleek design. Digital signage and a more open floor plan with a cleaned-up POS area also go a long way in the keeping things fresh, Sherlock said.

So how can restaurateurs compete with the ‘grocerants?’ That’s up to each operator.

“You have to have a strategy,” Cross said. “Right now I don’t see the leadership that’s going to change this. Where is the vision?”