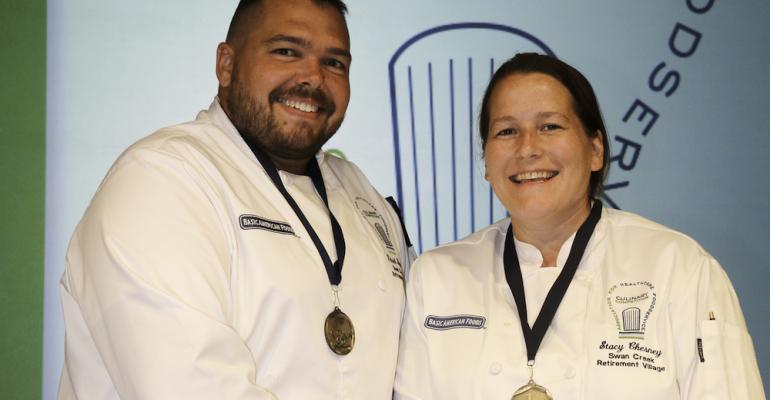 The Association for Healthcare Foodservice (AHF) hosted its sixth annual Culinary Competition showcasing five competing teams on the evening of June 3, during the organization’s sixth Annual Conference in Salt Lake City. In the competition, the teams were challenged to create an innovative entrée using Basic American Foods' Brilliant Beginnings Recipe-Ready Mashed Potatoes while a mystery ingredient, Gochujang, was announced by Culinary Competition judge and celebrity chef Jet Tila during a session prior to the competition.

The teams and their dishes were judged on organization, time management, culinary skills, originality, taste, plate presentation and use of the mystery ingredient. First place winners Young and Chesney were awarded the AHF gold medal along with a set of engraved plates and a set of knives.