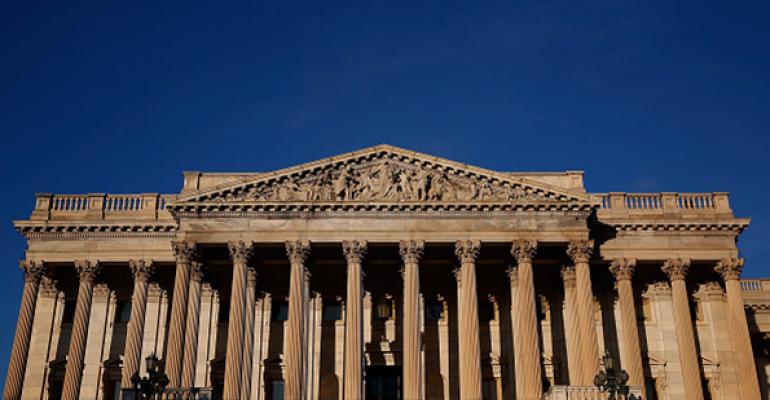 The draft calls for increases in school breakfast reimbursement and other compromises included in the Senate draft, but also raises the threshold for CEP eligibility.

Today, the House Committee on Education and the Workforce has completed a draft of its version of the child nutrition reauthorization bill. The House bill includes some of the compromises that were drafted in the Senate version—delaying further sodium reductions and a whole-grain requirement that allows for the service of cultural foods. The bill also provides a 2-cent increase in the reimbursement rate for breakfast; eliminates Paid Lunch Equity requirements; returns the administrative review cycle to five years instead of three; and allows foods served as part of reimbursable meals to be sold a la carte. The House bill also would raise the threshold for eligibility in the Community Eligibility Program to 60 percent, up from the current 40 percent.

In January, the Senate Committee on Agriculture, Nutrition & Forestry released its draft of the bill. That version has been passed, and now awaits full Senate consideration. The House committee will now schedule a markup of its bill, which will be considered by the full House once approved by the committee. After both the House and Senate pass their bills, a committee will be appointed to draft a compromise bill for approval by both chambers. You can read more about the House draft here.

The School Nutrition Association released this statement on the House draft:
"SNA appreciates that the House child nutrition reauthorization bill includes a much needed increase to the federal reimbursement rate for school breakfast. New regulations and rising food and labor expenses have drastically increased the cost of preparing school meals. Additional funding will support efforts to invest in fresh, healthy ingredients for students’ breakfast trays.

“We strongly oppose language to change the threshold for participating in the Community Eligibility Provision, a program which has greatly benefited schools, students and families. However, the bill’s proposed elimination of Paid Lunch Equity Requirements, return to a five-year Administrative Review cycle and mandates to streamline administrative requirements will ease burdens on school meal programs and allow them to focus on serving students. We continue to review other details of the House draft bill.

“SNA applauds members of the House Education and the Workforce Committee for their efforts to move the reauthorization process forward. Congress is now considering two bills, each with different proposals on various aspects of the programs. SNA urges Congress to act quickly to finalize a bipartisan bill that helps school meal programs address challenges with the regulations while ensuring children continue to receive meals that meet strong standards."