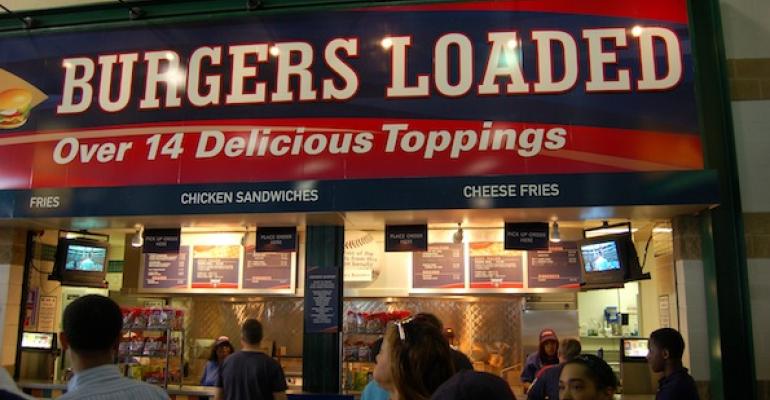 <p>One of the DNC Sportservice concepts at Progressive Field in Cleveland.</p>
News & Trends

The Cleveland Indians are partnering with concessionnaire Delaware North Companies Sportservice on a series of major enhancements to Progressive Field, the Indians' home ballpark. The enhancements, slated to be completed over this offseason, are designed to create new attractions targeting multiple fan segments and celebrate the club's history and heritage throughout the ballpark.

The project will include…
• Expanded Kids Clubhouse to two levels, and the mezzanine concourse area also will be renovated, with new, improved attractions for families.
• A climate-controlled, two-story bar in right field with a dramatic view of Cleveland.
• A renovated entrance at Gate C with visual connection to the field from the exterior and views of the Cleveland skyline from inside the ballpark.
• Redesigned bullpens in center field.
• The incorporation of popular city neighborhoods like Ohio City and Tremont into the new Gate C concourse space.
• More of the franchise's storied history will be incorporated throughout the ballpark, including a new statue of former Indian Larry Doby, the first black player in the American League.
• New terraced decks for group outings with sweeping views of the playing field.

"Fans have changed the way they interact with baseball and other forms of entertainment," says Indians President Mark Shapiro. "As a result, we have to adapt by creating new, compelling experiences to evolve our ballpark to align with fans' interests. We're proud to provide targeted, new experiences that enhance the connection between Progressive Field and revitalizing city around us."