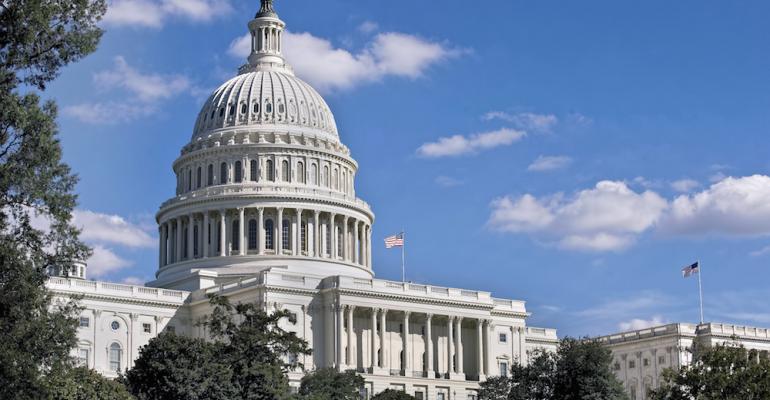 It’s not looking good for child nutrition reauthorization this year

With little time left on the docket and other items taking Congress’ attention, the likelihood of CNR passing this year isn’t looking positive.

The federal child nutrition reauthorization (CNR) bill was supposed to happen in 2015. We’re now in the middle of 2016 and there’s still no bill. There has been movement this year, from the House’s draft bill that would increase the threshold for Community Eligibility Provision and implementing block grants and also a compromised Senate draft bill. But it’s not looking good that a new CNR will be passed this year, according to members of the School Nutrition Association (SNA).

Speaking at the association’s Annual National Conference this week in San Antonio, Doug Davis, chair of SNA’s public policy and legislation committee and the director of foodservice at Burlington Public Schools, and Cathy Schuchart, SNA’s staff vice president of government affairs and media relations, said with limited time left in this session and other items taking the attention of Congress, it’s going to be difficult for CNR to be passed.

There are only 23 days left in session for the House and only 25 left for the Senate. With items like gun control, GMOs and the November elections coming up (in which many Congressional members are running for re-election), there isn’t much time or attention being devoted to CNR.

That doesn’t mean all hope is lost, Schuchart says. While a full-blown CNR is highly unlikely at this point, there is the possibility for an appropriations bill to include some child nutrition components. Currently, child nutrition is only included in the House’s appropriations bills and not in the Senate, again making it unlikely for help to come through this avenue.

There is another way that might provide some assistance, and according to Schuchart and Davis, this is the most likely to come to fruition. Congress could pass a mini Continuing Resolution (CR), an appropriations bill that could contain language regarding child nutrition programs.

So where are the House and Senate draft bills at this point? SNA is hearing that the Senate is trying to put its bill on the floor this week, but the Association isn’t hearing much on the House side at this point. “The calendar isn’t all that promising given all the steps we have left to go through,” Schuchart said about the likelihood of CNR passing this year.

In other legislative updates, SNA was once again on the offensive regarding the House draft bill’s block grant proposal. Davis cautioned that with block grants, money wouldn’t be evenly distributed among districts, and that the majority of the money would end up in large, urban districts. Davis also said, “Many in Congress are looking at child nutrition programs in term of dollars and cents and not in the faces of kids. Flexibility never meant giving us the money and letting us do what we wanted. Flexibility meant giving us the time and ability to run our programs the way they were meant to be to help out our students. It never meant block grants.”