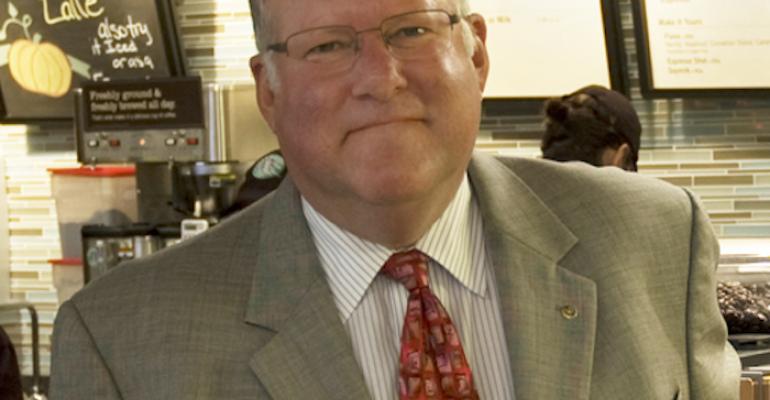 Jon Lewis, 61, director of dining services at Ball State University, died unexpectedly in his home Oct. 2, the school has announced. Lewis came to Ball State as dining director in 2006 after a 30-year career in the foodservice industry.

He had been honored this past July the NACUFS Annual Conference in Indianapolis with the group’s highest individual honor, the Theodore W. Minah Distinguished Service Award.

“Vision, Leadership, Team Builder, Mentor, Risk Taker, Pioneer, Teacher, Trend Setter and Ambassador are all traits which we associate with those who receive this award,” noted University of Montana Director of Dining Mark LoParco in announcing the award. “This year’s recipient has demonstrated these traits exceptionally well throughout his career.”

Among Lewis’ many career accomplishments was his 28 years of service to the college dining industry through NACUFS, for which he held a multitude of positions, including national president for the 2000-2001 term. He was also chair and co-chair of numerous regional committees in three different NACUFS regions, chair of two National Conference Sponsorship Committees, regional president and vice president, trustee of the Clark E. DeHaven Scholarship Fund and national secretary/treasurer at various times.

Lewis started his foodservice career as a manager in 1976 at Northern Illinois University. He was born in 1954 and studied restaurant and hotel management at Purdue University.

Ball State is hosting a memorial service for Lewis at 2 p.m. Oct. 10 in the Alumni Center, and visitation will be from 4-8 p.m. Oct. 9 at Meeks Mortuary and Crematory in Muncie.

NACUFS has announced that gifts may be made in Lewis' memory by check to “Clark E. DeHaven Scholarship Trust” and send to the following: