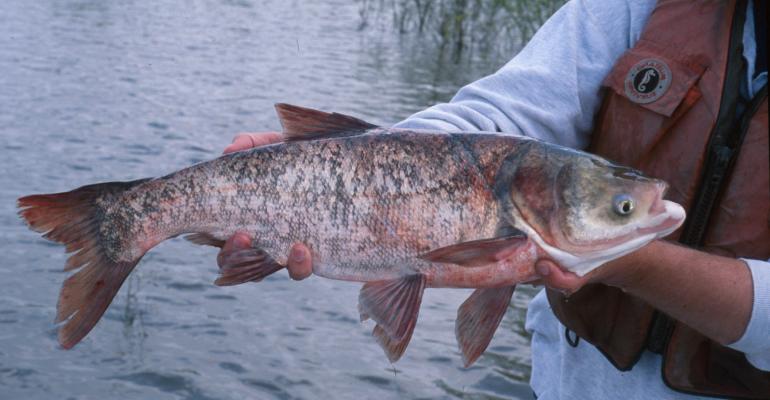 Effort at the University of Missouri-Columbia tries to turn nuisance species into a viable menu item.

The University of Missouri-Columbia may soon be serving dishes made with Asian carp, a fast-reproducing invasive species that has been plaguing inland fresh waters in the U.S. from the Great Lakes to the Gulf of Mexico, reports the Columbia Missourian. Executive Chef Eric Cartwright of MU Dining Services oversaw a recent taste test with students of several recipes incorporating the fish such as Italian fish stew, pasta puttanesca and jalapeño chowder, which drew mostly positive responses.

There have been several efforts to promote Asian carp as a viable food fish in order to encourage its commercial harvesting, and this effort reportedly would make MU the first U.S. university to incorporate it into its dining program.