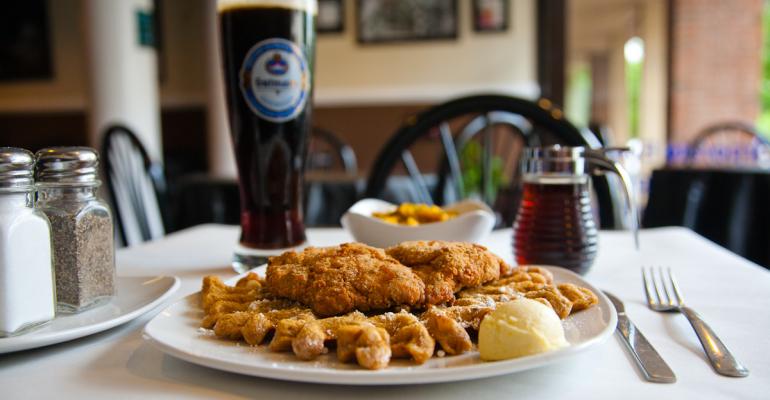 <p>Dame&#39;s Chicken &amp; Waffles in Durham, N.C., is a favorite among Duke University students, which has led to the opening of an Express location on the school&#39;s campus this fall.</p>
News & Trends

An extension of the locally famous Dame’s Chicken & Waffles will open this fall at Duke University, replacing the school’s Devil’s Bistro in its Central Campus location.

The menu at the new unit will include a variety of dishes not on the original Dame’s menu, such as a burger, sandwiches, salads, pizza, various entrees and soups as well as an all-day breakfast menu.

Waffles will also be prominent in the campus’ revamped food truck selection this fall with Belgian Waffle Crafters and Bull City Street Food joining the lineup.

The former specializes in Belgian waffles made in the traditional Liege way with dough containing pearl sugar, along with assorted fillings and toppings ranging from chocolate batons to honey and peanut butter.

Bull City features a rotating array of street foods from around the world.