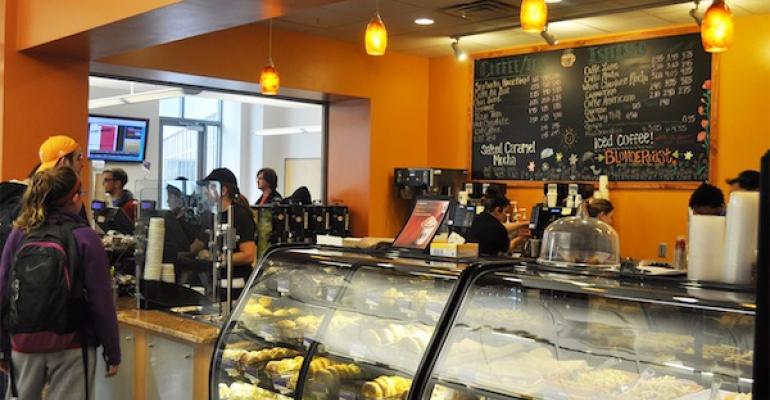 <p>Holders of some residential meal plans would be able to exchange a dining hall meal for $5 in value at a campus retail location like the Crane Cafe under a proposed system for the 2015-16 school year at Ohio State.</p>
News & Trends

Pending final approval from its Board of Trustees, The Ohio State University Dining Services plans to change its meal plan approach for the 2015-16 school year by dropping the block based system it had adopted in 2012 in conjunction with the school's conversion from a quarter to a semester based academic calendar. Instead, resident students will have a choice of five plans (four for freshmen) that offer varying numbers of "weekly traditional visits" to the school's all-you-care-to-eat dining halls, from five to unlimited.

Unlike the blocks in the current plan, the visits will not roll over from week to week but three of the plans do allow holders to exchange a dining hall meal for a $5 purchase at a "non-traditional" (i.e., retail) dining location. The plans also offer varying amounts of Dining Dollars, which will entitle users to a 10 percent discount at the retail locations, and $75 to $150 in BuckID Cash, a debit account that can be replenished as needed.

Off-campus students can also choose the residential plans as well as two new commuter-only options that emphasize Dining Dollars and offer one or two weekly traditional visits that include the $5 retail exchange.