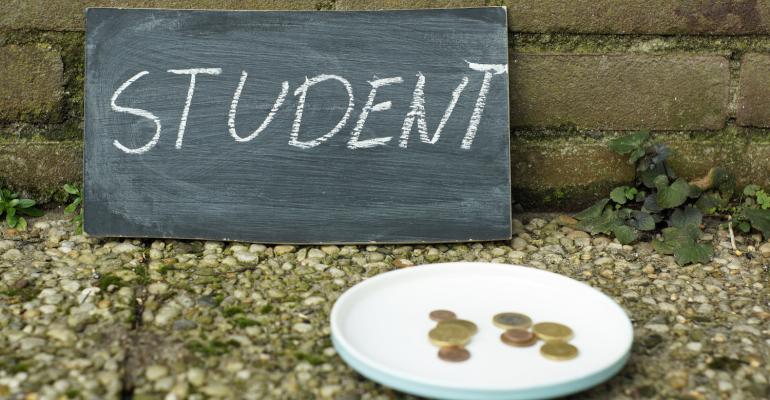 Nearly half (48 percent) of college students responding to a survey on food insecurity reported that they lacked reliable access to sufficient quantities of affordable, nutritious food in the previous 30 days, with 22 percent reporting “very low levels of food security that qualify them as hungry.” That latter figure constitutes a quarter of community college students and a fifth of students at four-year schools.

Those were the top-line findings of a report—Hunger on Campus: The Challenge of Food Insecurity for College Students—released this month by the College and University Food Bank Alliance, the National Student Campaign Against Hunger and Homelessness, the Student Government Resource Center and the Student Public Interest Research Groups.

The report is based on a survey conducted this past spring of 3,765 students from eight community colleges and 26 four-year colleges/universities across a dozen states.

Among other findings, the survey revealed that more than half of black students (57 percent) and first-generation students (56 percent) were food insecure compared with 40 percent of non-Hispanic whites and 45 percent of those who had at least one parent who had attended college.

Factors that at first glance might work to mitigate food insecurity had not made much of a dent in the numbers, according to the report. For example, 56 percent of students reporting food insecurity also say they have a paying job, with 38 percent working at least 20 hours a week, and even among meal plan enrollees at four-year schools, 43 percent say they have experienced food insecurity.

The report also addressed housing insecurity and noted that nearly two-thirds (64 percent) of food insecure students also reported experiencing some sort of housing insecurity, with 15 percent actually being homeless for at least some period in the past year.