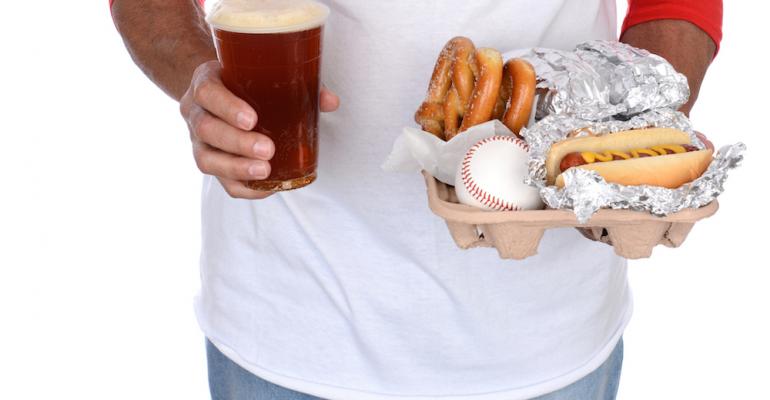 Long lines deter 42 percent of U.S. sports fans from purchasing food or beverage concessions at sporting events, according to the research report The Fan Experience: Changing the Game with Food and Beverage from Oracle Hospitality and Turnkey Intelligence. In all, American sports fans say they would spend $20 more for food and beverage if wait times were but halved, which if true would produce a 43 percent increase in the typical F&B expenditure per game.

The report examines fan attitudes toward food and beverage concessions sales at sporting events in 8 countries, including the U.S. Of the 3,547 fans surveyed, 1,511 were from the U.S. and fairly evenly divided among fans of the NBA/NHL, Major League Baseball, professional soccer, NCAA football and the NFL.

The frustrations with accessing traditional food and beverage outlets is feeding a desire for other options that use mobile technology to reduce the inconvenience. For example, less than 10 percent of those surveyed in the U.S. currently use in-seat ordering but 62 percent say they would probably or definitely use it did they have the option.

Given that other uses of mobile technology are already fairly common at sporting events—more than 80 percent of U.S. fans said they use social media while attending games, for example—in-seat ordering would seem to be ripe for broader deployment. Currently, it lags behind the use by U.S. fans of other new technology capabilities such as paperless ticketing, loaded value tickets, team or venue mobile apps and contactless mobile phone payment..