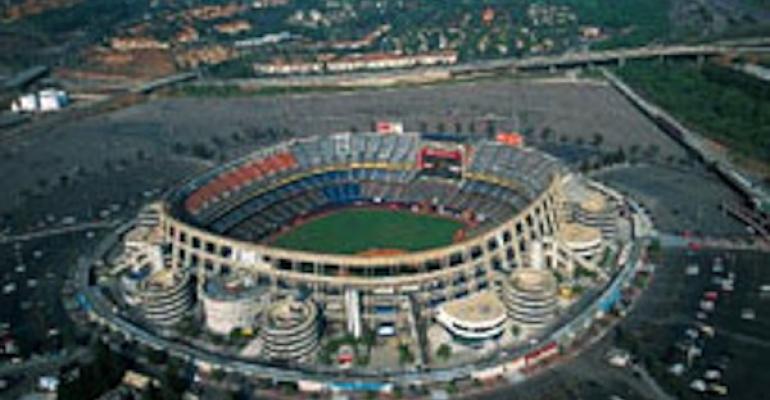 San Diego's football stadium generated over $15 million in concessions sales in one year, according to documents associated with securing a new contract.

Under the deal that expires in February 2015, the Centerplate operated concessions operation at San Diego's Qualcomm Stadium generated $15.4 million between April 2013 and March 2014, of which about 15 percent (around $2.3 million) was rebated as commission and bonus to the city, reports the San Diego Reader. Qualcomm serves as the home field of the NFL's San Diego Chargers and the San Diego State University Aztecs football team.

The RFP for a new deal, from which the above sales figure is derived, is for 5 to 10 years and requires an initial $3 million investment on the part of the successful bidder, which would also get right of first refusal on the concessions contract of any new stadium that replaces Qualcomm before 2020 or in 2025. The deal encompasses only concessions; merchandise sales for the Chargers and Aztecs would be covered by a separate contract.

San Diego Mayor Kevin Faulconer has been pushing for a new stadium to replace the antiquated facility (it was opened in 1967), but the proposal is controversial in the cash-strapped city. However, San Diego is in real danger of losing the Chargers to Los Angeles, which has not had an NFL franchise since 1995, when the Raiders moved back to Oakland and the Rams moved to St. Louis.