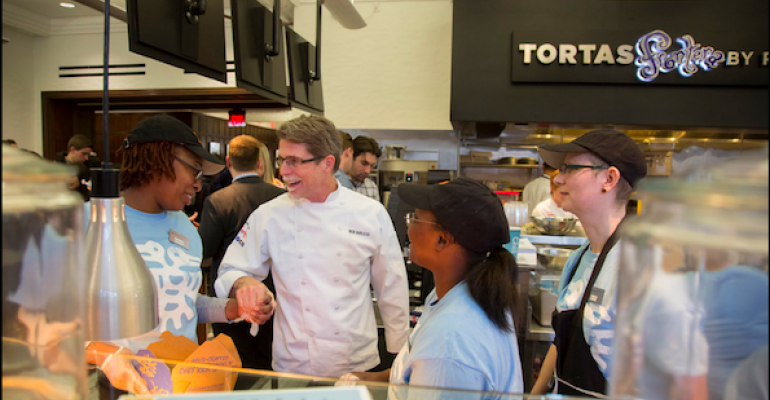 Located in the ARCH (Arts Research & Culture House) building, it is open seven days a week. Other Tortas Frontera units are located at Chicago's O'Hare International Airport and in the Urban Market at Chase Tower in Chicago's Loop.

Dining at University of Pennsylvania is operated by Bon Appetit Management Co., which worked with Bayless on deploying the concept, the first Tortas Frontera in a college location.