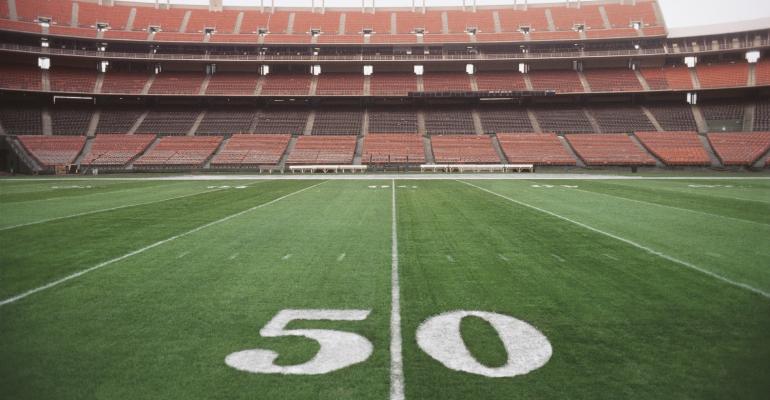 David Madison / Stone / Getty Images
Assuming the coronavirus threat has been reduced to manageable levels by the fall, the launch of the 2020 NFL season may signal either the start of a comeback for this market or a sign that things are going to be bad for a while.
News & Trends

The road ahead for onsite dining: No relief until at least the fall for event concessionaires

It looks like a bleak summer ahead for sport/entertainment venues even if some restrictions are lifted, but the fall—and football—may start a renewal.

There’s no sugar-coating the hit the sports/entertainment concessions market has taken and will probably continue to take for the foreseeable future. At FM press time, any continuation of the NBA or NHL seasons, or whether there will be any kind of baseball season, were still up in the air, but even if games are played, they will probably be in front of either empty or mostly empty seats, which of course doesn’t do concessions operators any good. Meanwhile, major summer concerts and other seasonal events have either already been postponed or are on hold.

But even were restrictions lifted, venues may have to work to bring attendees in. A Seton Hall poll released in early April found 72% of respondents saying they would not attend a sporting event in person until an effective coronavirus vaccine has been developed and deployed, something not expected until the end of the year at the earliest.

Related: The road ahead for onsite dining: The impact on B&I

Even if that poll’s reflecting peak coronavirus panic, there’s no doubt significant numbers of fans will be staying away from entertainment venues—assuming they’re even allowed in—for health as well as economic reasons, and those that do come will probably be seated with social distancing restrictions, further limiting attendance. Concessionaires are likely in for a lean summer after an almost revenue-free late spring.

Assuming the coronavirus threat has been reduced to manageable levels by the fall, the launch of the 2020 NFL season may signal either the start of a comeback for this market or a sign that things are going to be bad for a while, because if the NFL can’t begin to bring sufficient numbers of fans back to venues, it’s hard to see how the NBA and NHL, which follow on the annual sports calendar, can. Meanwhile, college football—much more regional than the NFL and not nearly as lucrative for concessionaires outside of a few major venues—may be limited by the number of students returning to campuses.

Related: The road ahead for onsite dining: So long salad bar?

On a modest positive note, one under-the-radar opportunity diminished crowds might present to concessions operators for the future is a chance to experiment with technologies such as automated kiosks, in-seat mobile ordering and even delivery in an environment with manageable numbers of customers.