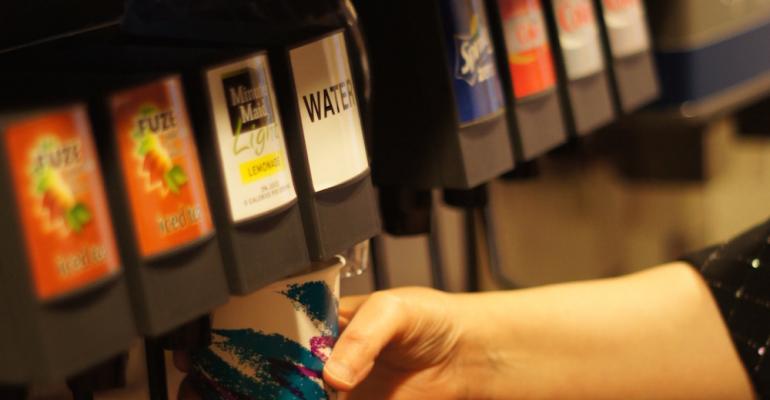 The hospital also plans to introduce free “spa water” into its retail dining area, water flavored with various fruits and vegetables such as cucumber. Spa water was prominently featured at the Healthy Beverage Initiative kickoff event on June 12.

“We want people to understand that beverages are unique because they contribute to a non-compensatory form of calories,” says Corilee Watters, Ph.D., R.D., assistant director of food & nutrition services. “In other words, if you consume your calories as liquids, you do not compensate for that in changing your other intake, driving up obesity.

Watters notes that the initiative is especially important for San Francisco General, where the patient population is predominantly made up of groups disproportionately impacted by negative health outcomes traced to the overconsumption of sugar.

The June 12 date coincided with San Francisco General’s Summerfest celebration, which emphasizes wellness activities for participants that include hospital staff, patients and members of the community. It also accords with a larger push in the city of San Francisco to reduce the consumption of such products, including proposed legislation to prohibit advertising them on city property and banning them from purchase by city departments.

Any backlash to the change at San Francisco General was deadened by careful laying of the groundwork, Watters says.

“We did a soft rollout. In our cafeteria over the course of the past month we have increased our inventory of other products as we at the same time used up our previous inventory. So the reaction from our customers was positive because it wasn’t a complete surprise and because people are seeing increased options.”

The hospital had also piloted the removal of sugar sweetened beverages from vending machines in one of its buildings a year ago and tracked the results. According to Watters, the study found that after an initial decline, sales numbers climbed back to where they were before the change as customers got used to the new range of selections.

There is expected to be no real impact on patient dining from the Healthy Beverage Initiative as sugar sweetened drinks had already been removed from patient menus (unless specifically requested) long ago.