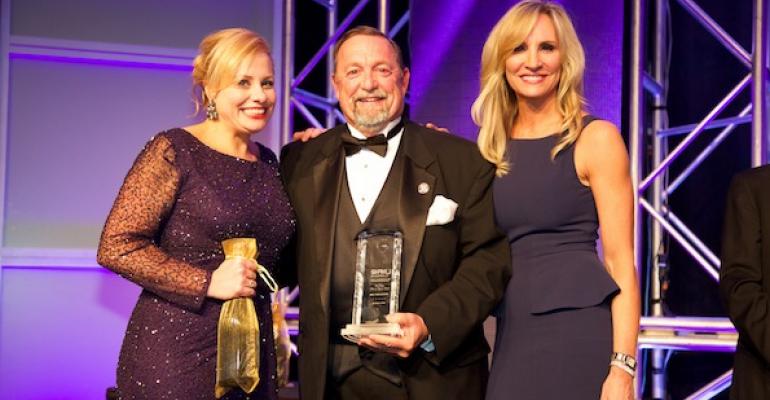 The SHFM (Society for Hospitality & Foodservice Management) National Conference at the Mohegan Sun in Connecticut wrapped up with a gala President’s Reception on November 5th where 2013-14 SHFM President Sabrina Capannola presented three awards, two of which had not previously been announced.

The winner of the Bob Pacifico Above & Beyond Award was Eric Von Kaenel of Unified Brands while Capannola recognized her World Bank colleague Sharon Eliatamby with the President’s Award. As previously announced, John Lawn, principal for JL&A Communications and former chief editor of Food Management magazine, was the recipient of the Lifetime Achievement Award.