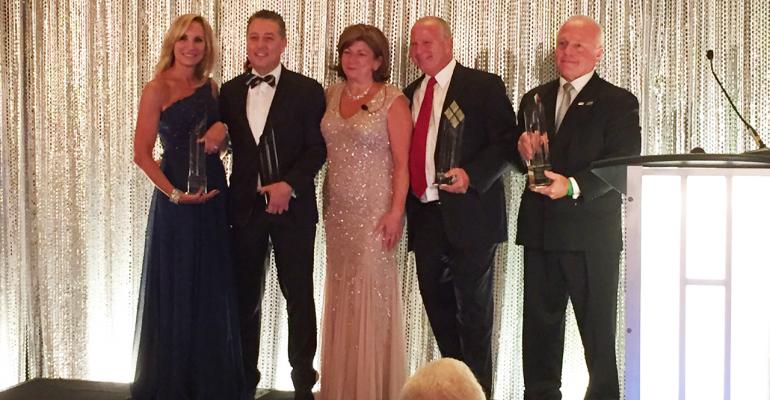 The Society for Hospitality & Foodservice Management (SHFM) presented its annual awards and elected its officers and board for the coming year at its annual conference in Phoenix in mid-September.

Also at the banquet, the recipients of the 2016 SHFM Awards were revealed. They included Ted Farrand, president/CEO of Cini-Little, who won the Robert Pacifico Award, and Jay Leyden, executive vice president at Aramark Business Dining, who was named the recipient of the Lifetime Achievement Award.

Ventura chose four individuals to honor with the President’s Award, given each year at the outgoing president’s discretion to an individual or individuals who had helped the president in fulfillment of their duties. The honorees this year were Tony Butler, Ron Ehrhardt, Barbara Kane and Mark Maloney.