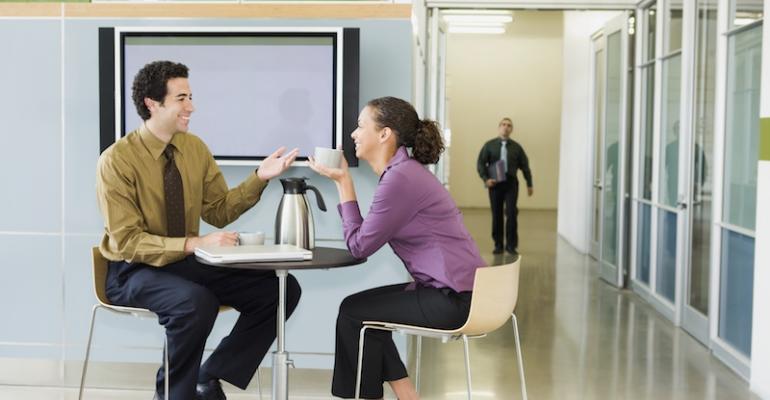 <p>Mid-morning and -afternoon breaks are a growing trend in corporate dining environments per a recent benchmarking study.</p>
News & Trends

Breakfast check averages at corporate dining locations posted another double-digit increase in 2014, continuing a trend that has seen this metric on a decided upward slope over the past half dozen years. That’s according to the 2015 Industry Standards and Benchmark Comparisons report prepared for the Society for Hospitality and Foodservice Management by the Corporate Dining Inc. consulting and research firm.

Also notable is that while check averages for these dayparts were rising, participation rates were mostly flat. Breakfast actually showed a slight decline, from 24.2 percent to 22.6 percent, while lunch crept up less than a percent, from 38.9 percent to 39.6 percent, between 2012 and 2014.