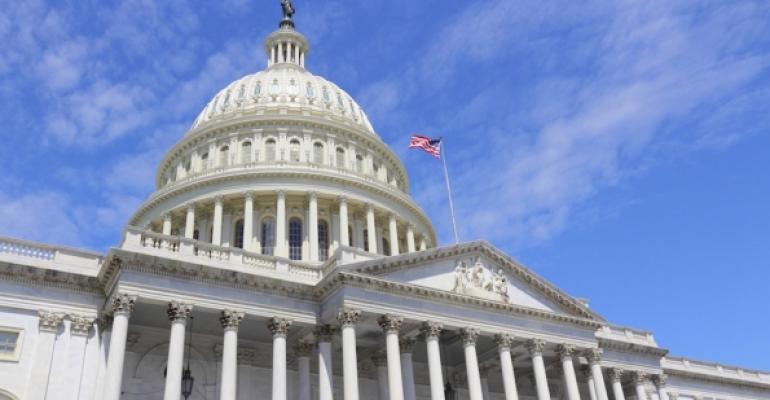 A new substitute to the House’s child nutrition reauthorization proposal could see three states opting out of federal nutrition requirements and funding.

Updated May 18: The House has reported out H.R. 5003, the Improving Child Nutrition and Education Act of 2016, with several amendments, most notably with the inclusion of the provision to establish the block grant program mentioned below. Discussions to eliminate or modify the increase of the threshold for CEP took place in several instances, however, the increase to 60 percent remained in the bill. One other amendment of note eliminated the exemption of "cultural foods" (think tortillas and biscuits) from meeting nutritional requirements.

A markup of the House’s Improving Child Nutrition and Education Act of 2016 will take place tomorrow, and a new substitute bill put forth by subcommittee chairman Todd Rokita from Indiana could be the start of the dismantling of the USDA’s child nutrition program.

Through Rokita’s proposal, a three-state pilot program would take place, allowing states to apply for a block grant. Through that grant, child nutrition programs in the three states would no longer have to follow USDA regulations for child nutrition programs, including nutritional guidelines, and the USDA would no longer provide income verification used to offer free and reduced priced meals for low-income students.

Instead, the child nutrition program would have to determine how they would run their operations, including what, if any, nutritional requirements would be met. These child nutrition programs would also lose valuable federal funding, SNA says, because they would no longer receive federal reimbursement for meals provided to full paid students or the additional 6 cent lunch reimbursement they receive for meeting requirements stipulated under the Healthy, Hunger-Free Kids Act. Federal funding under the block grant would remain static at Fiscal Year 2016 rates for the entirety of the three-year grant cycle.

Not surprisingly, SNA is not behind the new proposal and is “mobilizing our members right now,” Pratt-Heavner said.

Here’s what SNA’s President Jean Ronnei had to say:

“For 70 years the United States has maintained a steadfast commitment to ensuring children nationwide have consistent access to healthy meals at school. This reckless block grant proposal is the first step toward eliminating this federal guarantee that all children—including America's most vulnerable students—will have access to the nutrition they need to succeed at school.

"School meal programs are already under-funded, with many struggling to break even in the face of rising food and labor costs. Block grants threaten to strip these vital programs of critical funds and rob them of the ability to respond to increased demand due to local economic downturns or rising student enrollment. Further cuts will limit services for students, compromise the quality of meals, drive up school meal prices for families and force many schools to cut into education funds to cover food service losses.

"More than 30 million students nationwide depend on school meals to nourish their bodies and minds. America’s students cannot afford to be part of this dangerous experiment.”