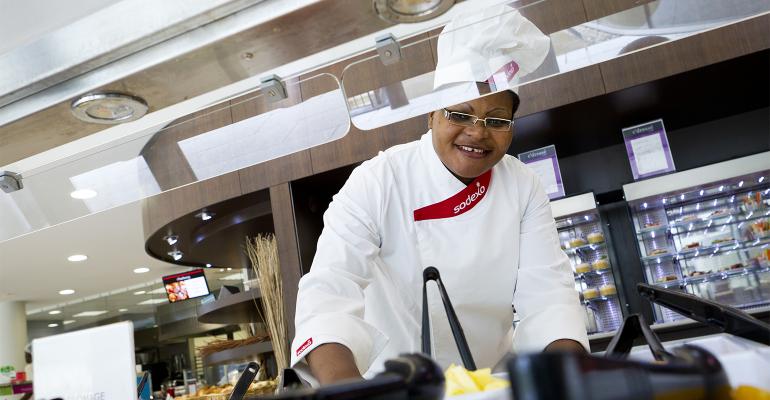 Paris-based Sodexo, parent of the second largest foodservice contract firm in the U.S., has announced that it is seeking a new CEO.
News & Trends

Current CEO Denis Machuel will step down on Sept. 30 this year with company board chair Sophie Bellon acting as interim CEO until a permanent successor is found.

Paris-based Sodexo, parent of the second largest foodservice contract firm in the U.S., has announced that it is seeking a new CEO “to strengthen its competitiveness and accelerate its transformation while confronted by post-COVID challenges," according to a company announcement, which also noted that current CEO Denis Machuel will step down on Sept. 30 this year.

The search will be performed by a recruitment firm engaged by the company’s board of directors, which is chaired by Sophie Bellon, daughter of company founder Pierre Bellon. She will act as interim CEO beginning Oct. 1 to ensure the operational continuity of the company during the search for a new permanent CEO.

“Our environment is significantly influenced by the acceleration of new consumer behaviors and trends, by digital and technological disruptions, and the emergence of new business models,” the company announcement stated. “This new phase should enable the Group to rapidly adapt to the expectations of its clients and consumers and return to solid, profitable, and responsible growth over the long term.”

Manchuel joined Sodexo in 2007 and has served as CEO since January 2018, when he succeeded Michel Landel. He led the company through the COVID-19 pandemic that produced a revenue decline of 12% in the company’s 2020 fiscal year, ended Aug. 31, 2020, including a steep 27.5% drop in the fiscal year’s second half that coincided with the first six months of the pandemic. The next six months saw an almost identical 26.5% decline but things have started picking up more recently, with a FY2021 third quarter revenue gain of 19%. The North American unit organic revenues dropped 17.4% in fiscal 2020 but more recently have rebounded in the Q3 2021 with a 17.5% increase.

Under Manchuel, the company has been making moves to position itself for a post-pandemic contract foodservice environment, for example securing a partnership with Uber Eats in Europe to deliver meals to remote workers.