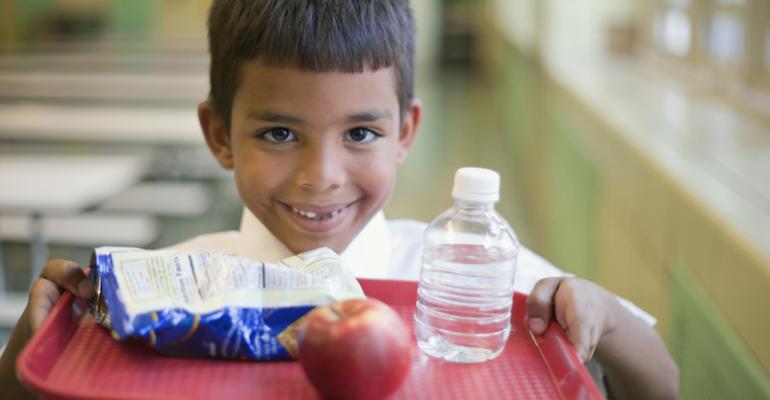 Since updated USDA nutrition standards were put in place, K-12 students have been choosing healthier foods.

K-12 students have been choosing healthier foods with fewer calories per gram for lunch since updated USDA nutrition standards were put in place, concludes a study published in January in JAMA Pediatrics.

The study, funded in part by the Robert Wood Johnson Foundation through its Healthy Eating Research Program, assessed the nutritional and caloric content of more than 1.7 million school meals selected by students more than a year before and after the updated standards went into effect. The authors attribute students’ healthier selections to the increased availability and variety of fruits and vegetables in school meals.

“This study shows that the updated school meal standards are effective. Students chose more nutritious meals that had fewer calories per gram after the standards were implemented,” said Donna B. Johnson, Ph.D, the study’s lead author and associate director of the Center for Public Health Nutrition at the University of Washington School of Public Health. “Schools are offering more fruits and vegetables and a greater variety of fruits and vegetables—we found that to be the primary reason students were selecting healthier lunches.”

Agriculture Secretary Tom Vilsack released the following statement in response to the study, which found that after the new standards were implemented, the nutritional value of foods chosen by students increased by 29 percent. It also found that, despite claims to the contrary, participation in the program did not differ significantly after the new standards were implemented.

"This study is the latest in a long list of evidence which shows that stronger school meal standards are leading to healthier habits in schools," Vilsack said. "Children are eating more fruits and vegetables and consuming more nutrients, making them better prepared to learn and succeed in the classroom. After decades of a growing obesity epidemic that harmed the health and future of our children and cost our country billions, we are starting to see progress in preventing this disease. Now is not the time to take as step backwards in our efforts to do what is right for our children's health. I urge Congress to reauthorize the child nutrition programs as soon as possible and to maintain the high standards set by the Healthy, Hunger-Free Kids Act."

The researchers analyzed foods selected by 7,200 students in three middle and three high schools located in a diverse urban school district in Washington state, where 54 percent of the district’s students qualify for free or reduced-price meals. The study spanned the period from January 2011 to January 2014 during the months that schools were in session, including 16 months before and 15 months after implementation of the updated standards.