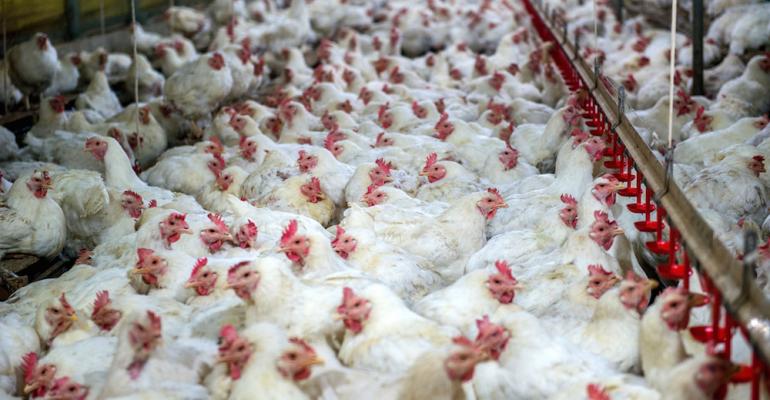 <p>Consumers say they are increasingly concerned about the treatment of farmed animals such as chickens crowded into cages.</p>
News & Trends

Research by Lake Research Partners reveals significant levels of concern among American consumers over the welfare of farm animals raised for food.

Of a thousand American consumers responding to an online survey by the Lake Research Partners firm, 770 said that they are concerned about the welfare of animals that are raised for human food, and 690 said they pay at least some attention to food labels describing how the animal from which the product came was raised. The survey regarding the labeling of meat, eggs and dairy products and the treatment of animals raised for food also showed that consumers pay more attention to labels related to animal treatment than they did five years ago.

At the same time, the survey revealed widespread misconceptions regarding the treatment of animals raised for food and exactly what labels mean, but that once consumers are informed that there is little to no oversight of how animals are treated, they are very concerned and think there should be an objective third-party responsible for a certification process to verify that animals raised for food have been treated humanely.

Consumers responding to the survey also said they are interested in having more welfare-certified products at their stores, would alter their shopping behavior to have greater choice in products that meet a higher standard of animal welfare and they are willing to pay more for these products.

Of those consumers who said they are not paying attention to labels indicating how animals were raised, 28 percent said it was because they are not sure what labels to look for. Some also cited cost or that they don’t associating meat, eggs or dairy products with the animals from which they come.