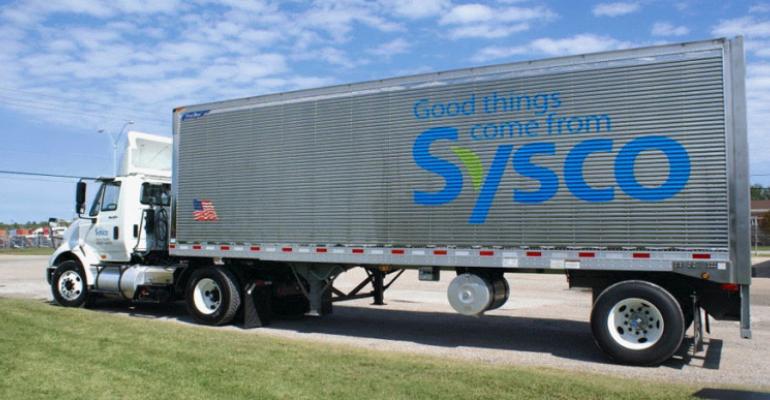 Upon completion of proposed Sysco/US Foods merger, Sysco would spin off 11 facilities to satisfy regulators.

Sysco Corp. has reached a definitive agreement to sell 11 facilities currently operated by proposed acquisition target US Foods to Performance Food Group contingent on consummation of the proposed merger announced in December 2013.

"Over the past 12 months, we have worked in good faith with the FTC [Federal Trade Commision] to help them better understand the highly competitive U.S. foodservice distribution industry and the significant customer benefits that will result from the merger of Sysco and US Foods," says Sysco President/CEO Bill DeLaney. "Unfortunately, the FTC has taken a different view of the potential competitive impacts of the merger. While we respectfully but vigorously disagree with the FTC's analysis, we believe this divestiture package fully addresses its concerns."

Sysco and PFG have also have agreed on a comprehensive multi-year transition services agreement to ensure a smooth transfer of assets from US Foods to PFG by providing various support services and personnel to help PFG succeed as the new business owner in these locations.

"The collection of distribution centers and other assets that Performance Food Group will acquire along with related support services agreements will enable us to compete effectively for national broadline foodservice customers," says PFG President/CEO George Holm. "We are excited by the opportunities for growth presented by this transaction and are confident that we will effectively execute our plans to become one of the country's premier broadline distributors serving customers coast to coast."

After selling these facilities, Sysco estimates it still will be able to achieve net annual synergies of at least $600 million in four years. This estimate reflects additional synergies identified during the company's integration planning efforts.

"Our analysis shows that our projected synergies will remain as substantial as we had previously outlined, even after reflecting the impact of divestitures," DeLaney notes. "This is a testament to the strength of our ongoing integration planning work and reaffirms the major efficiencies we can achieve by bringing Sysco and US Foods together. These savings will position Sysco to deliver significant new value to our customers, including lower costs."