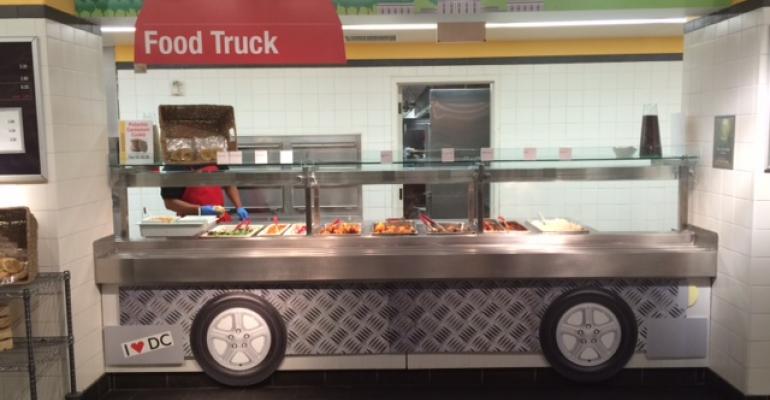 Takin' It From the Street

Restaurant Associates launched a food-truck-inspired menu program to freshen up the choices in the U.S. Senate's Dirksen Cafe that it operates on Capitol Hill. The first three days of the promo July 14-16 featured Indian, Salvadoran and Vietnamese specialties, respectively, of the type one might find from ethnic cuisine based food trucks.