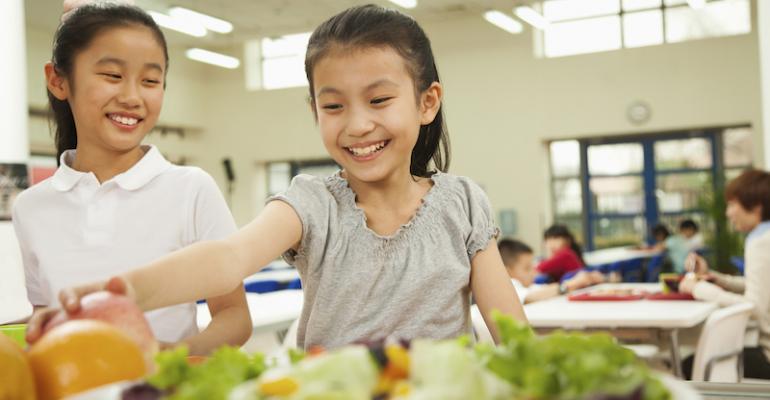 Earlier this week Dr. Katie Wilson, deputy under secretary for Food, Nutrition and Consumer Services at the USDA, provided an update on all things USDA to a group of child nutrition professionals at the School Nutrition Association’s SNIC conference in San Diego. The overarching theme: Make sure you have your information correct.

Another area Wilson provided some clarification on was the newly implemented professional standards for child nutrition employees. These regulations govern what type of educational background candidates for different child nutrition jobs must have and also the amount of continuing education they must do every year. “Everyone is grandfathered in,” Wilson said of the rules. Wilson said no one who was in a position before the rules were implemented July 1, 2015, would have to leave her job because she failed to meet the new rules. The rules regarding education apply only to new applicants or to people looking at promotions to a new job. Wilson also clarified that every child nutrition professional, regardless of his/her job, must do CEUs.

Wilson also stressed the importance of the Buy American provision when purchasing goods. As the global economy is expanding, Wilson said this provision was becoming a bit trickier to navigate. One district in California recently found itself in hot water over its fruit purchases from China. Wilson said there are only two exceptions to the Buy American provision—you can’t get the product in the US or the cost to buy American is excessively prohibitive.

Wilson also warned child nutrition professionals to be careful when purchasing items they see on show floors. “People come to shows and they assume [products they are shown] are American but they aren’t,” she said. “We’ve done a good job at marketing Smart Snacks-approved items but we’ve lost the Buy American in this.”

The last area Wilson urged for awareness was also in the procurement of goods. She said she’s seeing some issues during administrative reviews that need to be addressed. One of those trouble areas is ensuring that bids are open and fair. Wilson said she’s seeing some unallowable costs in certain bids. Those include incentives and value-added items that only one company can provide. “Does that make it open and fair,” Wilson asked of the practice.

Wilson said if directors wanted help writing bids they should get that assistance from fellow directors and not from vendors, because, again, if those specs are coming from a vendor are they really open and fair?

Lastly, Wilson made some comments on the impending Child Nutrition Reauthorization Senate bill, which was marked up Jan. 20, but the text of which was released Jan. 15. Wilson said she was pleased about the bipartisan work being done to move forward the bill to provide healthier meals to children.

The Senate bill includes the following:
•    Equipment grants and loan assistance
•    A return to administrative review on a five-year cycle instead of three
•    Easing of the Paid Meal Equity mandates
•    A reduction of whole-grain rich from 100 percent of items to 80 percent of items
•    Moving back sodium reduction level II by two years to July 1, 2019
•    Establishing a working group to determine the impact of a la carte restrictions under Smart Snacks rules

The Senate bill does not, however, provide any increase in reimbursement for school meals, something SNA has been asking for many years.

With regard to school waste, which many directors say has increased with new fruit and vegetable requirements, Wilson had this to say: “It’s always been a problem in school food. I found a research paper from 1978 about food waste in school meals.” Wilson acknowledged that the lack of time to eat was a huge factor in waste and said that while this complaint is in the hands of the department of education, they “are having conversations about this.”