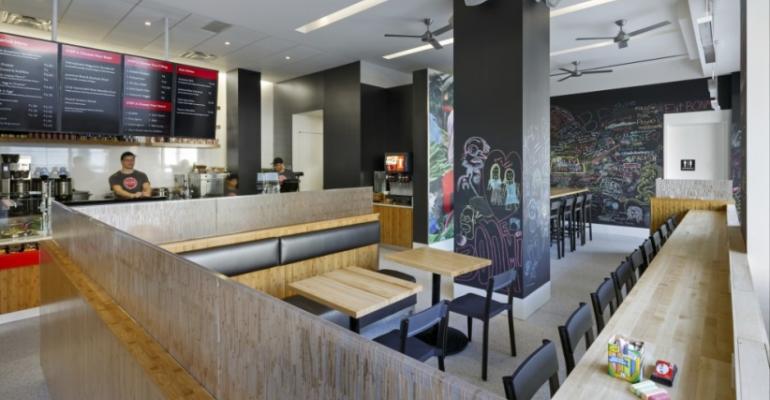 The concept’s menu is centered around the classic Vietnamese bánh mì sandwich and augmented by items such as noodle bowls, quinoa & jasmine rice, various salads, hand rolled summer rolls and cold-brewed Vietnamese iced coffee.The sandwiches, which form the core of the menu, combine French influenced ingredients such as baguettes and mayonnaise (the area was a French colony until the 1950s) with native Vietnamese ingredients like cilantro, cucumber, jalapeño, pickled carrots and daikon in an authentic mix characterized by to-order customization.

Each item is made in front of the customer, who can mix and match the various bases, fillings and sauces to create hundreds of different combinations. All the fillings are prepared using the sous-vide method of cooking, which reduces the use of fats or oils while preserving all of the nutrients for a very healthful flavor profile. The unit will also deliver as far as Columbus Circle, Central Park South and the Upper West Side.