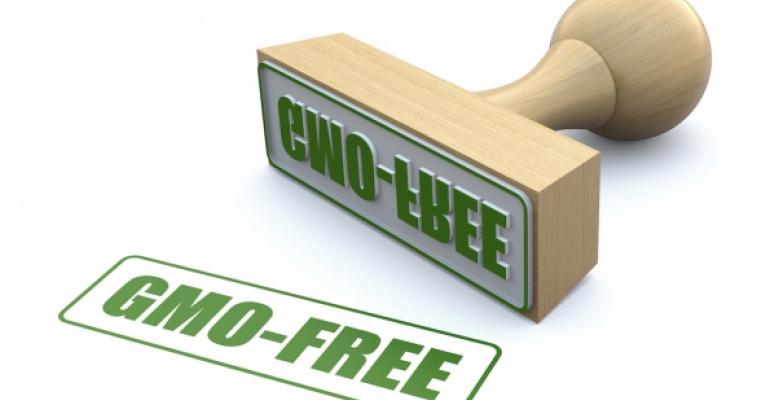 Viewpoint: GMOs aren’t beneficial—and they might be bad for us

Biotechnology supporters say that genetically modified crops can help feed more people by increasing crop yields. But the vast majority of GM crops on the market are primarily engineered to increase herbicide tolerance and insect resistance, not grow more food, opponents say. And because there’s little independent research showing that GMOs are safe, genetic modification could have unforeseen consequences, they add.

“As the world population continues to grow rapidly, a safe and healthy way to change the tides of world hunger needs to be found. But GMOS are not the answer,” says Non-GMO Project Associate Director Courtney Pineau. According to Pineau, GMO crop yields aren’t as impressive as they’re made out to be. Though a report from the International Assessment of Agricultural Knowledge, Science and Technology for Development shows that some GMO crops do produce more than their conventional counterparts, others, in fact, produce less.

What’s more, while GMO advocates say that genetic engineering allows for the use of fewer herbicides and pesticides, those reductions appear to be short-term. “One of the biggest concerns related to GMOs at this time is the increase in prevalence of superweeds and superbugs—weeds and insects that can tolerate heavier use of certain herbicides and pesticides,” Pineau says. As a result, farmers end up having to apply greater amounts of chemicals to their crops rather than less. Specifically, the chemical glyphosate, which the World Health Organization counts as a probable human carcinogen.

But it’s not just the herbicides and pesticides associated with genetic engineering that raises questions about genetically modified foods. Traditional methods of crossbreeding involve breeding two closely related crops, like two types of wheat. With genetic modification, it’s possible to take a gene from one type of crop and insert it into an entirely different type of crop—like inserting a wheat gene into a tomato. “[Gene] manipulation interrupts sequences in the DNA of the organism being altered, which can have unforeseen disruptive effects and potentially trigger further mutations that compromise the functioning of other genes important to the organism,” Pineau says.

And it’s these unforeseen disruptive effects that have GMO opponents so concerned. Not many independent studies have looked at how genetic engineering might impact our health. “Of the limited studies available, it’s clear that studies from within the biotech industry claim GMOs are safe, while independent studies are more likely to raise health concerns,” Pineau says. According to the National Research Council, genetic engineering could have unintended health effects stemming from pathogenic microorganisms, nutrient imbalances, naturally occurring toxicants, environmental and industrial chemicals, and food and feed additives.

Pineau acknowledges that eradicating GMOs from our food system is a difficult and long-term goal. But in the meantime, the Non-GMO Project believes that consumers have the right to make an informed choice about the products they’re purchasing and putting in their bodies. “GMO labeling gives shoppers the information they need to make that choice,” she says. “An overwhelming majority of American consumers favor mandatory GMO labeling, and say that they’re willing to pay a premium for products labeled non-GMO.”

And recently, some of the food industry’s biggest players have started paying attention. Despite the fact that Vermont is the only state that will soon require labeling for GMO foods, major brands like Kellogg’s, General Mills, ConAgra, Mars and Campbell’s have recently announced that they will be applying the Vermont-mandated “made with GMOs” labels to their products nationwide.

“Some of this shift may be attributed to recognition of consumer demand, but it can also be attributed to the fact that it’s more cost-effective to have uniform labels [nationwide],” Pineau says. “Vermont’s new labeling law is a step in the right direction, and is paving the way for other states to follow suit, possibly leading to mandatory federal labeling down the road.” In the meantime, the best way for consumers to avoid GMOs, if they want to do so, is to look for foods labeled with the Non-GMO Project Verified Seal.

Viewpoint: GMOs are good for farmers, consumers and the environment
May 23, 2016