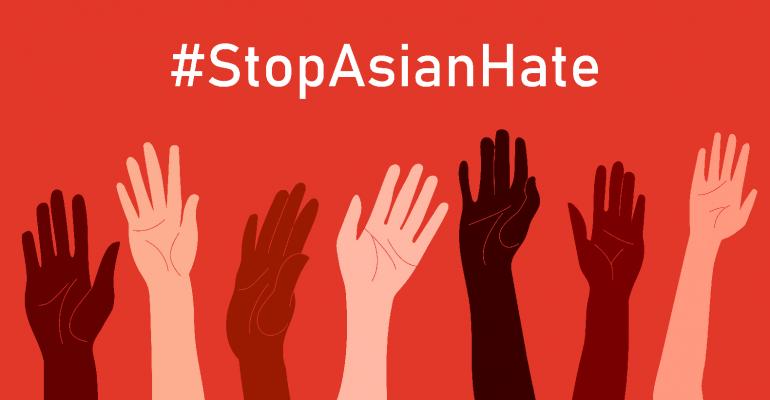 Viewpoint: Why one foodservice entrepreneur is speaking up about #StopAsianHate

My name is Sung Kim and I’m founder and CEO of Chick-N-Bap, a Korean barbecue-inspired NYC street food concept. We are currently operating on several college campuses in New York, and to be honest, that’s probably the extent of how many people know me.

But given the current climate against Asian Americans across the country, I wanted to tell you the story of who I am in hopes to personify a message: There is more to a person than meets the eye. I hope my story can raise awareness on this topic and help you to understand just how personal and gut-wrenching these recent hate crimes have been.

Like many others, my family moved to the United States from South Korea to pursue “The American Dream.” This dream was a genuine belief that you could create an opportunity to build a life for yourself in America regardless of your skin color and background. Although our life in Korea wasn’t necessarily bad, my dad had a much bigger plans for our family.

Related: Viewpoint: Chaos and the consumer psyche…how to look at food trends now 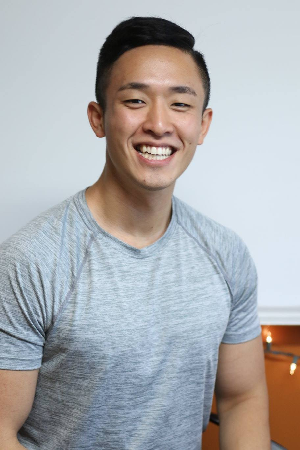 My dad wanted to pursue his own dream of becoming a lawyer and at the same time wanted us to receive more reputable education and pursue bigger opportunities. We were fortunate enough to be the first ones in our family to do so after he saved up enough from his corporate job. But as is the case with anything new, different can be scary…and our early days in United States were certainly scary and different than what we were used to.

For starters, when I got here, I didn’t know a lick of English, and when I say that, I’m talking not even the full alphabet. As you could imagine, I naturally had some serious trouble adjusting at school, both academically and socially. Nothing was registering because all the materials seemed like hieroglyphics to me at the time, and I was constantly being bullied by the kids for not being able to communicate and understand.

To say I was upset and embarrassed would be an understatement. I knew I was being made fun of and yet, I couldn’t talk to anyone about how angry I was other than my sister when I got back home when she was having just as much trouble as me adjusting. Lucky for me, there was a local Korean church where I learned to speak conversational English by hanging out with pre-K children. They spoke much easier-to-understand English than kids my age, and once I gained the confidence to speak the language, I gradually became fluent and was able to adjust to my new life better.

Even though I overcame these new adjustments, new problems began to evolve.

I was experiencing two contrasting cultures, and I felt myself constantly shifting back and forth from one to the other. At that age and time, it felt like I had to choose one or the other depending on the situation I was in. For example, I had an identity crisis for years where I went by Sung to some of my friends while going by Peter to others.

I had many factors that played into this. A lot of my friends had American names or the fact that every teacher on the first day of class pronounced my name wrong, even though my name already exists in the dictionary as one of the past tenses for “sing.” I feel different about it now, but at the time, things like that made me feel different, but not in the positive and empowering way that it should be.

I felt insecure and embarrassed even though that embarrassment should have been felt by those teachers. Sadly, the same feeling came around when it was regarding food as well. I always ate Korean food for breakfast consisting of rice, soup and some banchan (side dishes). My mom would often pack them for my lunch, but because they smelled, looked and tasted different, I still remember getting looks from other students and feeling the same insecurity. I was feeling the effect of “different can be scary” from the society around all aspects of my life.

But a silver lining appeared when I came into my adulthood. My mentality around who I am and where I was from began to shift thanks to all the amazing accomplishments by Asian Americans. Just to name a few, world-renown behemoths such as YouTube, Yahoo!, LinkedIn, Zoom, DoorDash and FitBit were all founded by amazing Asians American role models.

Even in the culinary world, Asian chefs such as David Chang and Roy Choi were named “one of the most influential people of the 21st Century” by Esquire and “the pioneer of food trucks in America,”and were rapidly changing the food scene of America by mainstreaming Asian cuisines.

I learned to be prouder of my differences, both culture and cuisine, and began to see that these differences from all over the world were in fact the ones that make America what it is today. We are a country built from hundreds of different cultures by the people that were escaping from suppression and hardship in their own countries. And for whatever reason, it certainly feels like we often forget that this is one of main reasons and differentiators that make America such an iconic country. It made me feel like the tides were finally changing for Asian Americans, and it brought an awesome feeling of pride for my differences while feeling more “American” than I ever did before. The “different can be scary” was starting to feel like “different can be pretty awesome.”

This impact was a major factor for me to focus on my Korean roots for Chick-N-Bap’s core foundation while incorporating the American culture and experiences that make up who I am today.

Our team is now on an exciting journey to make Chick-N-Bap a national Korean fast-casual concept, just like what Chipotle has done for Mexican food. And while my dad has not achieved his dream of becoming a lawyer (yet), you won’t know that by just seeing how proud he is of me and my sister. To him, the fact that we were able to create and pursue our own American dream was worth all of his hard work and sacrifice around money, family, friends and uncertainty. And the thought that we are making him proud truly makes me happy and justifies all the past troubles that we had to go through to get to where we are.

However, although I may feel like an American, there have been series of hate crimes recently against Asian Americans recently that make me feel otherwise.

The amazing feeling of simultaneously being both “American” and “Asian American” is beginning to feel like it was never there because of how easily and quickly the fingers, along with weapons, are being pointed in our direction when it became convenient to do so. Words can't explain just how angry and scared I am as I watch our society go from accepting our differences to tattacking our elderly and women because of them. For us, “Different can be scary” has now become a clear message of “different IS scary,” and we certainly hope we can turn things around for the better soon.

The anger that we feel stems from the amount of focus and effort put into 'who started the fire' rather than putting out the fire at hand, creating irrational cause-and-effect attacks on Asian Americans. As Americans, we were just as scared and hurt by COVID, but with normalization of calling it "the Chinese Virus" and "Kung Flu," it put a target on our backs as scapegoat for the pandemic we were struggling with ourselves. Just like everyone, all we want is for us to go back to normal as fast and safely as possible, because this is a place that we also call our home. But now our fellow Asian-American sisters, mothers and grandmothers of various descent are being attacked here in the states just because they "look Chinese." And the result of this generalization has now led to us living our day-to-day with an extra layer of fear, and we just hope that people would recognize this obvious lack of rationale and stop those who try to act on it.

There is an ongoing investigation by WHO to see exactly how and where COVID started, and I'll be the first to say that we're just as curious. But even if China is to blame, we hope that the actions of the leaders do not reflect on the people. For example, the U.S. government has admitted to lying about why they started the Vietnam War. To put it simply, it was for political gains. If you weren't aware of this, I'm sure you'd agree that costing millions of lives for political gain is just outright wrong and that you personally don't stand by what our government did. When Ho Chi Minh, the leader of Vietnam during the war, told his people they should not blame the American people for causing their suffering, but rather the American leaders. This played a big factor in Vietnam viewing Americans in positive light and if a country that has lost so much can rationalize that for us, why can't we see that blaming and attacking people who "look Chinese" for what the Chinese government may or may not have done is wrong and foolish?

I’m also feeling scared in ways that I’ve never felt before in this country. I mean, can you blame me? I’m Asian and people are attacking…Asians. But I’m especially scared, because every time I hear and see the innocent victims of these crimes, I can’t help but see my own sister and parents. I imagine the victims’ own stories – the ones where they came to this country with the same belief that drove us. A chance to overcome the feeling of “different can be scary” and create a better life for themselves. But now instead, they have to worry about their faces being slashed and kicked in, rocks being thrown at them and their 6-year-old son, and metal pipes being struck on their head. This is the very reason why I'm trying to be more than just a business by speaking up and personifying myself to the #StopAsianHate movement.

There’s a lot more to a person than meets the eye. I'm not just someone that looks Chinese, but an Asian American immigrant who has his own story to tell. This has been a way for me to come out of hiding behind the Asian food that I serve simply as an Asian restaurant owner, and show everybody that there are real people just like them behind the very food that they love so much. And if people could learn to love our “different” food, I have no doubt that they can also learn to accept and love our “different” selves for who we are. So I encourage you to be vocal as an individual and as a business in your community, and with enough outcry and circulation of information, I pray that acts of hatred based on differences that meet the eyes will be condemned and stopped forever in the future.