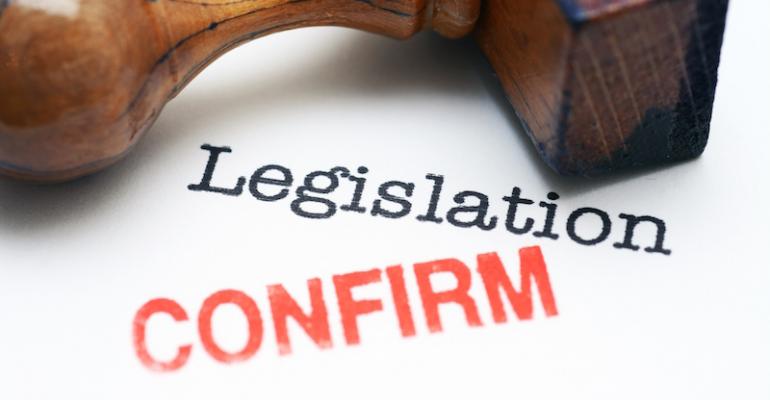 The USDA and members of the School Nutrition Association provided updates at the annual LAC conference.

“Things are positive. We’re moving in a good direction,” Doug Davis told me after the School Nutrition Association’s (SNA) Legislative Action Conference (LAC) earlier this week. Davis is the chair of SNA’s Public Policy and Legislation Committee and the director of foodservice at Burlington Public Schools.

Every year at LAC hundreds of school foodservice professionals and industry members gather to lobby Congress on issues related to child nutrition. This year’s conference was of particular importance as child nutrition reauthorization (CNR) still hasn’t been passed.

For a quick primer: The Senate has passed a version of the bill, which SNA worked on to accomplish some of what the association calls “flexibilities,” i.e., lowering the percentage of whole grain-rich items served and pushing back sodium reduction levels. The House still has to draft and pass its version of CNR. Davis heard from House staff members that the House should see a version of the bill “soon.”

For its part, Senate staff members told Davis and other SNA members they expect CNR to be on the floor during this work period.

“I’d like to think child nutrition is the only thing on their plates,” Davis says of Congress. “But that’s not the case. The passing of Justice Scalia makes it tough. The crazy primary makes it tough.”

Davis does believe that the House has an added incentive to get CNR passed, as John Kline, the chairman of the Committee on Education and the Workforce, which is drafting the House version of CNR, has announced he will not seek re-election. “Maybe it’s important to him to participate in this bill. It might be one of the last bills he participates in,” Davis says.

While Davis acknowledges he has no idea what the House version will look like, he does hope that CNR is passed quickly. “I think we need to get this done as soon as we can,” Davis says. “In my view there is so much uncertainty with an incoming administration, which would mean a new secretary and the potential for a change in Senate leadership. There are so many variables out there.”

Davis also said during a presentation at LAC that SNA is working to rebuild the relationships that were damaged during the last couple of years when talks of waivers and other changes to the Healthy, Hunger-Free Kids Act were occurring. SNA met with the USDA and the White House and worked together to come up with the compromises found in the Senate’s CNR bill.

Other points of interest from LAC include:
•    USDA Foods is working on two areas for new products—those that meet the new meal pattern regulations and those products in smaller unit packages to better support production needs for things like breakfast in the classroom
•    Preliminary results from the USDA’s farm-to-school census, which will be released this month, show that there are significant increases in local spending by schools since the last census
•    In the second year of nationwide implementation of CEP, more than 8 million students in 3,000 districts were served free meals
•    The USDA is creating an online resource to help with unpaid meal charges
•    The president has requested in his 2017 budget $12.2 billion over 10 years to establish a permanent nationwide summer EBT program
•    The USDA is creating a professional standards online tracking tool