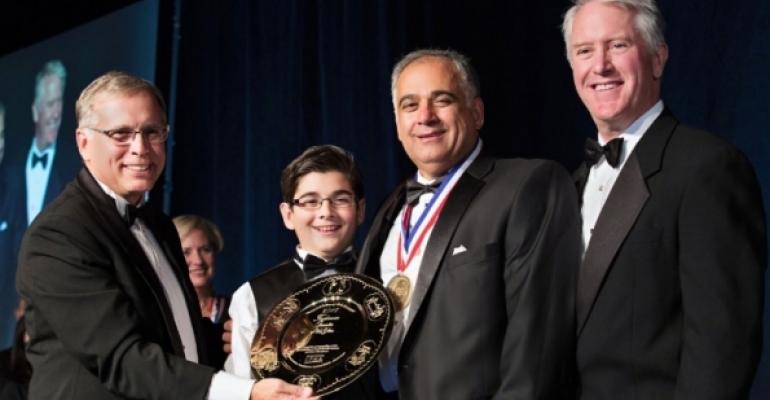 Rafi Taherian, associate vice president of Yale Hospitality at Yale University, was named the 2016 Gold Plate Award winner by the International Foodservice Manufacturers Association (IFMA) at the gala Silver & Gold Plate Celebration banquet in Chicago on May 21. Taherian was one of nine winners of IFMA Silver Plate awards in various segments, with Taherian the Silver Plate winner in the Colleges & Universities Category.

"I love this industry, and tonight this industry has loved me back," Taherian said in accepting his award in front of more than 600 foodservice professionals. "It is a tremendous honor to receive this award, which brings such a rich tradition to the foodservice industry."

Taherian’s win is the fifth in the past six years for individuals in or strongly associated with the onsite side of the foodservice industry. He follows Timothy Dietzler of Villanova University Dining (2010 Gold Plate), George Miller of the Air Force F&B Operations (2011), Mary Molt of Kansas State University Housing & Dining (2012), John Metz Jr. of contract foodservice firm Sterling Spoon (2013) and Jim Broadhurst of Eat’n Park, parent company at the time of contract foodservice firms Parkhurst and Cura (2014). John Miller of Denny’s Corp. won last year.

Taherian has spent more than 25 years in hospitality leadership. He joined Yale in 2008 after 13 years at Stanford University, where he served as executive director for Stanford Dining.

Silver Spotlight: Lessons in leadership from Yale’s Rafi Taherian
May 13, 2016