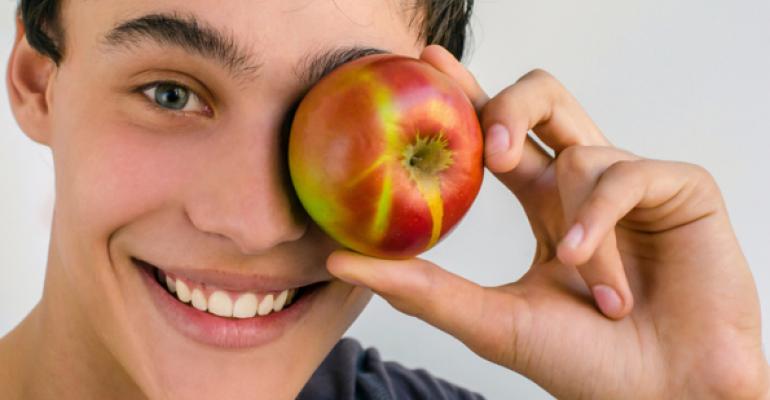 An Ohio middle school cafeteria manager has found a way to make caring about nutrition cool. Evie Hess, who has worked at Sailorway Middle School in Vermilion for the past 28 years, came up with the idea for the Student Nutritional Advisory Council (SNAC) when she first heard about new national school meal regulations about four years ago.

“I saw what the new requirements would be, and I wanted to be ready. I said, ‘I know we can increase the fruits and vegetables,’” Hess says. Her strategy began with the notion that “the kids should definitely be a part of this.”

She has led the group in experimentation with different fruit and vegetable recipes, taste testing new menu items, and just embracing fresh eating. They’ve tried shredded kale with blueberries and pineapple; quinoa with tomato and basil; sugar snap peas fresh out of the field, sweet potatoes, chickpeas, pears and more…a lot more: Hess says the group tries about 50 items throughout the school year.

Hess was recently recognized by the School Nutrition Association as a ‘School Lunch Hero’ for her work with SNAC. She’s been active in the SNA for years, and cites it as a great way to network and also to connect with other creative school nutrition pros: “You either can get creative, or you can just go and do your job every day,” she says. “I’ve always wanted to do more for the kids.”

And the group has grown exponentially: from about a dozen middle school students in the first year, to 25 kids the next year, and now there are 65 students on SNAC.

It’s become a desirable group in part because “the students feel important—they are VIPs,” Hess says. They get to try new menu items before anyone else, sometimes in a roped-off VIP area of the cafeteria, where planning a salad bar was the centerpiece of the activity during the past school year.

New recipes that score the highest with SNAC often show up on the lunch menu, allowing the students to see the results of their input. Each new items is listed as “SNAC Team Choice,” something that also serves to get more prospective SNAC members interested.

Hess has big plans for next year: bringing in local chefs and possibly meeting some local farmers as well. If the SNAC trend continues, even more students will be getting a taste of fresh produce, and leadership, too.