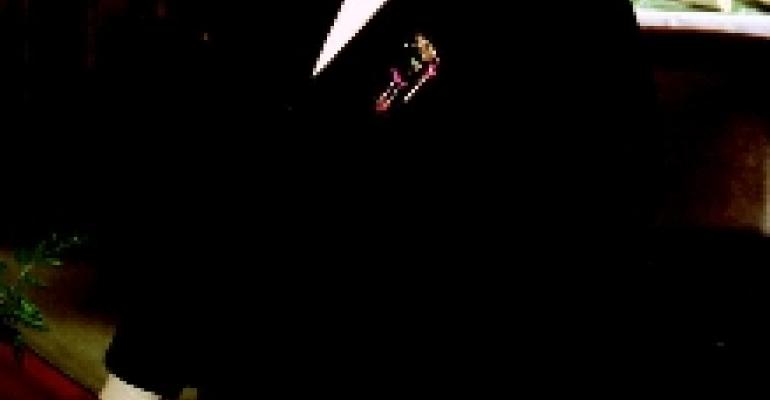 Linda Lafferty is a crossover hit. An academic dietitian by training, she represents a particularly successful instance of an individual who migrated from the university's world of theory to the real-world challenges of a major healthcare institution. There, she has forged a career that establishes her as a compelling role model for others looking to make a similar career transition.

One of the onsite foodservice industry's most academically accomplished individuals, Lafferty holds Bachelors and Masters degrees in food & nutrition as well as a PhD in food systems management.

Currently, she oversees food and nutrition operations at Chicago's Rush University Medical Center and directs a major ADA-accredited dietetic internship program that boasts a 98-percent pass rate for all first time takers of the RD exam. She also holds an associate professorship and teaches and oversees research at the medical center's affiliated Rush University.

Lafferty's food & nutrition services department serves more than 3,500 retail customers and some 550 patients each day. Much of the production is done in a fouryearold central kitchen/ bakery Lafferty pushed for years to get to replace the hospital's inadequate and antiquated kitchen facilities. Shrewdly designed in concert with Robert Rippe Associates to accommodate future contingencies in increased internal demand as well to generate extra revenue by leveraging extra capacity, the central kitchen is a definitive indicator of Lafferty's vision and grasp of her mission.

As an administrator, Lafferty has assembled and continues to nurture an extremely close and stable management staff with long tenures and little turnover. Even among line workers, turnover rate for entry-level employees is currently under 20 percent.

Her relationship with other departments, especially the critical clinical nursing staff, has always been a priority and remains a foundation of her department's success. Among her initiatives was the establishmentearly in her tenure at Rush of an RD/RN committee where nursing unit leaders, dietitians and culinarians can discuss issues relating to patient feeding. Today, those meetings are held over lunch in a conference room next to the patient kitchen.

"We have lunch from the tray line so that the nurses on the committee actually get to taste the same food that their patients get, and then we also try new things we're considering," Lafferty notes.

Lafferty also finds time to remain professionally active in the Society for Healthcare Foodservice Management (HFM) and the American Dietetic Association (ADA); she is also a member of the Association of Hospital Food Service Administrators (ASHFSA) with whom she has served in various leadership capacities in the past.

Lafferty's achievements as a manager are well demonstrated by her track record for controlling costs while increasing revenue for her department. She reduced daily perpatient floor stock costs from $1.60 to $0.90, saving Rush more than $100,000 over the past year. And when the hospital's visitor's restaurant needed upgrading at a time when funds for such an undertaking were not available, Lafferty outsourced the space to Au Bon Pain, a quickservice concept with a healthful profile that aligned with the institution's-mission while generating additional-leasing revenues.

Though Lafferty has been with Rush since 1986, she actually grew up in Fayetteville, AR. Both her parents were employees of the University of Arkansas. As a result, Lafferty practically grew up on the campus, then later earned Bachelors and Masters degrees from the university.

She went on to earn a doctorate in food systems management from the prestigious program at the University of Missouri-Columbia. Her first major career role soon followed when she was named director of the dietetics education program at Louisiana State University-Baton Rouge.

It was fellow UMC PhD candidate Rebecca Dowling—then food & nutrition services director and now vice president of support services at Rush—who got Lafferty to Chicago. "We had stayed in touch and she called me and said, 'You really need to look at Rush, there are a lot of projects we could collaborate on,'" Lafferty recalls.

She explored the option and decided to do it—temporarily. "I thought to myself, 'Okay, I'll get back into practice, update my skills and then return to teaching,'" she says.

But despite her intentions, Lafferty soon found the environment and responsibilities at Rush too good to leave. After her intended one year's tenure was up she decided to stay on and was named associate director in 1987; and then, when Dowling moved up in 1993, Lafferty was named to succeed her as director of food & nutrition services.

She's still there, doing what she says she loves: both teaching and administration in a place "where it all happens." She and Dowling co-teach management classes to interns and production operations management to Masters degree candidates in the health systems management program at Rush University. As advisor to senior student-research projects, she also keeps a hand in original research.

It's a trifecta that she's found impossible to find anywhere else. "There a reason I've been at Rush for 19 years," she declares. "Here, I've had one foot in practice and one foot in academia, and it is a beautiful blend!"