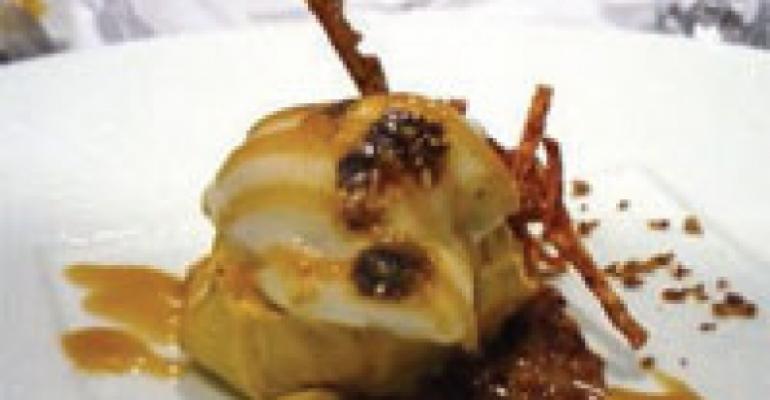 1. In sauce pan over low heat, combine milk and cream; heat until mixture reaches a slow boil. Remove from heat; set aside.

2. In medium bowl, beat egg yolks and sugar until mixture is frothy.

5. Whisk sweet potato into sauce pan with milk and egg mixture; cook on low until mixture coats the back of a wooden spoon. Strain mixture to remove any lumps.

8. In small saucepan over low heat, cook butter and marshmallows until creamy.

10. Transfer gelato to container; cover and freeze until desired consistency.