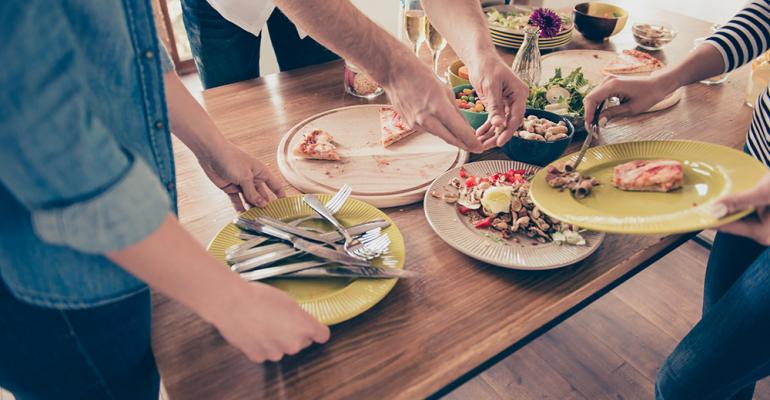 Just how much food do foodservice accounts waste in a year?

College students generate 112 pounds of food waste per student per school year, which is more than twice as much food per meal as corporate employees, reports a study conducted jointly by the Natural Resources Defense Council (NRDC) and Bon Appetit Management Co.

According to the report, “Toward Cleaner Plates: A Study of Plate Waste in Food Service,” food waste averages 2.18 ounces per guest at higher education accounts as opposed to only 1.03 ounces at participating corporate locations on average.

“The study found that our guests of all ages produced an average of over 110 pounds of edible food going to waste per person in a full year—and that’s just for their meals with us,” said Claire Cummings, waste programs manager at Bon Appétit, in a statement accompanying release of the findings. “With a better understanding of what’s being left on peoples’ plates and why, we can develop concrete ways that food service providers can reduce that number and work toward cleaner plates and less waste.”

Guided by experts from NRDC, the Bon Appétit research team tracked how much plate waste was generated at 20 Bon Appétit cafés across the country over a variety of meal periods. The study was conducted at a sample of geographically diverse Bon Appétit locations—evenly split between cafés located at B&I locations and institutions of higher education—for two meal periods each, for a total of 40 meal periods. The surveys were conducted between May 2018 and March 2019 and researchers secured plate scrapings from more than 12,000 individuals, 1,572 of whom completed a survey.

Among longer-term recommendations growing out of the study’s findings are moving away from all-you-care-to-eat models and considering more flexible portion sizes such as half-size or smaller food options at retail venues.

“No one sets out to waste good food, but when it happens, we’re throwing out everything it takes to get it to our plates—water, energy, money, and more,” said JoAnne Berkenkamp, senior advocate at NRDC, also in a statement accompanying the study’s release. “Climate scientists the world over tell us that what we eat and what we waste matter to the future of our planet. Our research points to an opportunity for food service providers to empower college students—the generation that will be most impacted by climate change—to fight back with their forks.”

NRDC estimates that plate waste accounts for 20% of all food wasted in the United States.