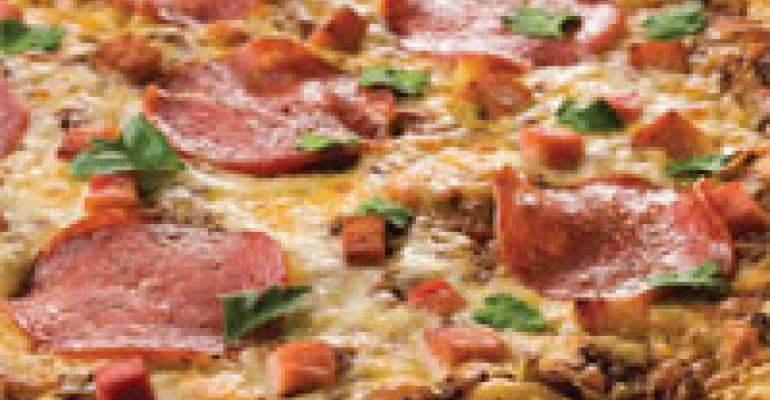 2. On a flat work surface, flatten pizza dough into a 14" disk, leaving a ½" raised rim around the edge. Place on a wooden pizza peel sprinkled with cornmeal. Spread an even layer of olive mixture on pizza dough. Next spread a layer of provolone. Distribute ham, salami and mortadella over cheese.