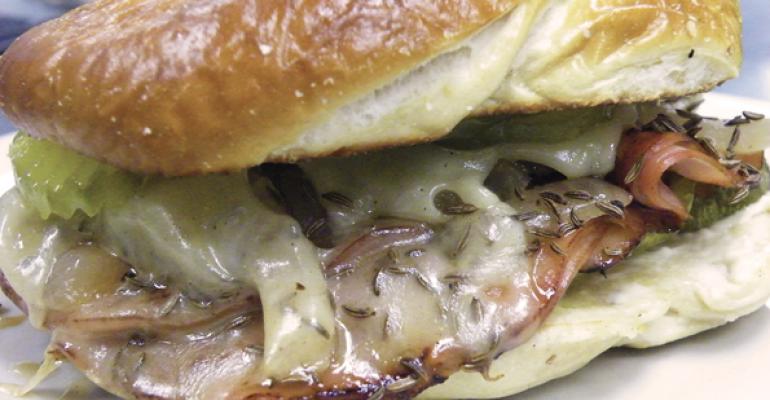 “We wanted to go beyond the average burger,” he says, adding that the pickles are part of the hospital’s Carolina Smokehouse and Pickling Program, which also includes house-made corned beef, Canadian bacon, sauerkraut and turkey pastrami.

“A lot of restaurants are making their own pickles now, so I said, ‘Why not us, too?’ Our pickles are superior to the product we were using, and it’s cheaper to do,” Conklin says. “And the big benefit to doing your own pickling is that you can experiment with different flavors. Now, we’re developing pickles using habanero peppers.” Click here for the Spicy Garlic Pickles recipe.

Sandwich of the Month: The Mini Chicken Sandwich
Feb 13, 2013