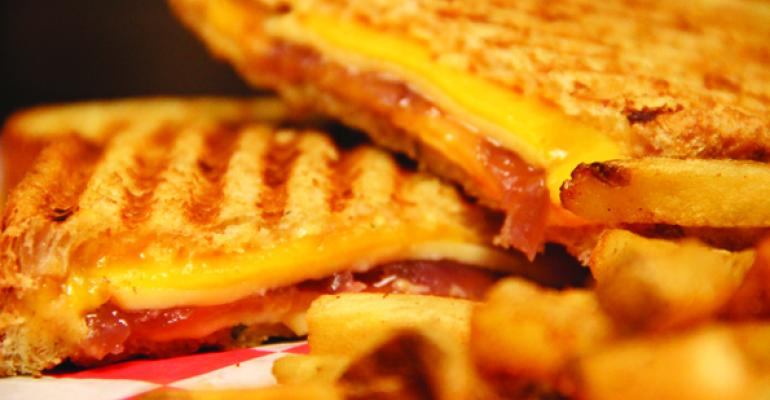 The Red Ring is a bar and grill on the campus of Duquesne University in Pittsburgh, PA. It draws a lot of traffic, especially during hockey season, and the menu is stocked with make-your-own burgers.

Among the burgers, though, is a vegetarian sandwich that’s really caught on, says Tim Fetter, executive chef, Parkhurst Dining at Duquesne. The Signature Grilled Cheese starts with red onions, cooked down in red wine vinegar and a bit of sugar to create a marmalade: this is special.

1. Spread mayo on both halves of bread, layer the cheeses, alternating each one.

2. Top cheeses with marmalade, close and butter the outside of each slice of bread. Grill on panini press until golden brown/melted.

Sandwich of the Month: Turkey Cranberry on a Pretzel Bun
Dec 19, 2013