“Tanner Abbott, Morrison Living's cook at Wesley Manor, was prepping for lunch service when he noticed something odd. Outside of the window there was a plume of smoke. Upon closer inspection, he noticed a large lawn mower turned upside down with someone trapped underneath it. Without hesitation, Tanner ran to the kitchen for someone to call 9-1-1. Fellow kitchen workers followed Tanner back outside to see how they could help. They teamed up to lift the overturned lawn mower off the unconscious worker. This was not a small mower, but a commercial size mower, yet Tanner and his colleague Vince were able to muster the strength to lift it. As the worker began to regain consciousness, Tanner assured that help was on the way and he stayed until the emergency crew arrived. His quick and heroic action likely saved the life of the injured worker and reacted to a situation where the mower could have caught fire and exploded.”

“She takes pride in her work and cares about the residents she cooks for, she wants their food to look appetizing, she has asked to put garnish on plates which she currently does, does not complain when a resident asks for a different meal at time of meal service. We are working in COVID conditions, she does so without complaint.”

“Yani has gone above and beyond to help during the current staffing shortage our industry is experiencing. She comes in on her scheduled days off, stays over to help the next shift, and assists with training staff members who are forced to work out of their normal position. She has experience on both shifts of our operation and is able to assist the shift supervisors in making sure we get the most productivity out of the labor resources we have available.”

“As a front line server that also runs the front of the house during a global pandemic who’s primarily serving out of state guests, this woman is a rock star.”

“When Morrison Living was awarded the dining services contract for Foxdale Village, the team couldn’t have imagined that they would initiate services during a global pandemic lockdown. Samantha Griffith, Foxdale’s nutrition care manager, began to look for inventive ways to communicate with residents. Since residents couldn’t gather physically, she sought out ways to provide the communications platforms that would convey the Morrison ‘story’ and sustain the vibrant culture that was so important.

With a gift for writing and graphic layout, she launched a newsletter, highlighting the latest news, behind-the-scenes activities, upcoming events, staff features and stories on wellness. She linked nutritional goals to menu offerings, themed room deliveries and the chef’s recipes. Her newsletters bring the outside world in and have become a vital artery for community culture.”

“She has adapted to and lead her team to perform their embrace their everchanging and essential roles in these unprecedented times. Her work ethic has become a beacon for the entire department in defining work ethic as it should be, pandemic or not. She has also been essential in maintaining their physical cleanliness needed to keep our residents and her fellow associates safe throughout this pandemic.

“Their community has cottages, as well as mid- and high-rise apartment buildings and when the Texas snowstorm locked everything down, they needed to deliver meals to every residence. With a good cache of supplies and some fast workarounds, they felt like we were getting the job done pretty well—until the elevators stopped working in the high rise for the better part of a day. That meant they needed to carry food and water up as many as 15 flights of stairs to reach those stuck in their apartments throughout the building.

Some residents were stuck on the ground floor. One of them, Carl, who is 90, really wanted to get back to his home, so up they went to his 13th floor apartment. Floor by floor they made steady progress, taking just a few breaks to rest. Yolanda carried his walker so he could take a seat on rest breaks. By the time they made up 104 steps, he felt like Superman!

That wasn’t Yolanda’s only trip up those stairs that day. In fact, she made many! A few days later she could barely walk, so she lathered on some Icy Hot and brought some to Carl, who said he actually felt great! After our adventure, Yolanda felt great too – and carries a new-found appreciation for working elevators.”

“George has gone above and beyond. He is always here to help. He picks up hours when we are short. And we have been very short. He will come in on his days off, so he knows that our residents will be fed. He has such a kind heart and is so caring. He loves our residents and goes above and beyond to make sure they are happy and satisfied with our food. He enjoys going and visiting with our residents. George is always willing to give a helping hand to others when they need help. I am very appreciative of everything he does.”

“This individual has not missed one day of work in over a year and has covered shifts for fellow employees who were unable to work.”

Tuttle at Amsterdam at Harbor Side/Sodexo

“Juan Lopez or Camilo as he likes to be called is one of our Sodexo managers at Tuttle of Amsterdam at Harborside. COVID has presented a lot of obstacles for frontline workers to overcome, it’s been challenging for staff, residents and managers alike. The stress can often create an unpleasant environment. Camilo brings a light and smile to our nursing center. He has through empathy, compassion and respect for everyone created a peaceful exchange with staff and residents alike that bring Sodexo Quality into the spotlight in providing incredible customer service—to staff, residents and the client. He doesn’t use ‘No’ in his vocabulary when faced with challenges or obstacles that he needs to overcome or guide staff to overcome together. A team player who works hard, Camilo is a one of kind and the rest of the team wants him to know he's our Hero!”

“He has been working day and night picking up shifts making sure residents are fed on time. We had couple of positive cases in the kitchen, but this individual made sure we had enough coverage. He volunteered to cook or wash dishes. I filled the shifts so I can give him a day off but he sometimes he denied. Residents didn't even feel we are short staffed.”

“Dennis has been a godsend to Metz Culinary Management and The Jewish Home of Greater Harrisburg. Dennis went through very strict guidelines at the Jewish home, including 2x weekly testing and many weeks and months with extremely limited staff. He was cooking, managing, delivering and still coming up with great ideas. When the patients were down because they were not allowed visitors, Dennis created a cart delivery once a week to help cheer up the residents. He did hot dog cart, ice cream sundaes, cotton candy to name a few. Dennis was also recognized as an award winner by Metz for all his contributions this past year.”

The Chateau at Moorings Park/Unidine

“One of our cooks at the Chateau, Colbert Nicolas, was walking outside for his break just as the dumpster was being emptied. As the dumpster was lifted, he noticed a large amount trapped debris underneath. He signaled Waste Management to pause, and immediately took the initiative to grab a broom and clean it up. No mention of whose job it is supposed to be—just something that needed to be done, and he did it. Exactly the same way he works in the kitchen every day.”

“Pete Rocco is the driving force behind CulinArt’s emergency services operation, which produces meals in large volumes to support a variety of entities—clients, utilities, families in need—in times of crisis, labor unrest, storm recovery, or wherever and whenever a hot meal is needed to help normalize a difficult situation. During COVID-19, Pete has overseen the production of emergency grab-and-go meals delivered to senior citizens and disabled and homebound residents in Westchester County—ground zero for the pandemic in New York State. He has spearheaded a new contract to provide meals at a facility in New York City that processes high-volume COVID-19 testing to support businesses and organizations as they reopen and welcome associates back to work. Pete has also guided CulinArt’s production of meals to support healthcare workers at Stony Brook University, both as the hospital functioned as a central care site for critical patients and as SBU evolved into a center for vaccination. In all situations Pete has worked tirelessly to keep team members motivated and safe in high-risk environments.”

“Javier Ruelas, Morrison Living’s director of dining services at the Motion Picture & Television Fund, worked with the director of community and volunteer engagement to create a grocery home-delivery program for those in need outside of the Woodland Hills campus. The pandemic brought on some top challenges including food insecurity, loneliness, anxiety and lack of funds. Now, a robust and growing army of volunteers deliver groceries weekly to those in need. Volunteers drive to campus, then pop their trunks to receive pre-packed bags of essential groceries for contactless delivery to individuals and families across Los Angeles. The grocery bags include everything from eggs, soup, fresh fruit and vegetables, to bread and, of course, toilet paper. Around the holidays, groceries included whole turkeys, mashed potatoes and holiday meal fixings. To date, the program has delivered more than 1,400 grocery bags and given rise to countless touching expressions.”

“We took over Moravian a little before COVID and Bob Samra was there from the beginning making sure we took care of each and every resident. With all the restrictions of COVID and visitors Bob had to think outside the box and really got creative with special events to keep them active. He had classes about nutrition and eating the right food to stay healthy. His sessions were always filled, and it was a great distraction to all the residents. On top of all that, he still had to deal with very strict COVID protocols and many sicknesses where he would be doing most of the heavy lifting. Bob is amazing and deserves this.”

“He is always there for you. He is very outgoing and friendly. Very approachable, a no-nonsense person.”

“Malinda has been a rock-star during the COVID-19 pandemic. She worked well under constantly changing conditions. She took a personal interest in each resident's specific needs and went above and beyond to accommodate them. She ordered new products to try, prepared special snacks and meals, juggled opening/closing of communal dining, visited each resident personally many times, filled in for ill staff, and many more things that flew under the radar. Best of all—she did it all with a smile on her face.”

“During the pandemic last year, LaKeshia Wommack remained faithful to serve our seniors. Despite difficulty she endured personally, LaKeshia maintained a focus against all odds. A desire to see our residents safe and well-maintained with nutritious meals, it was LaKeshia's passion to see it through.” 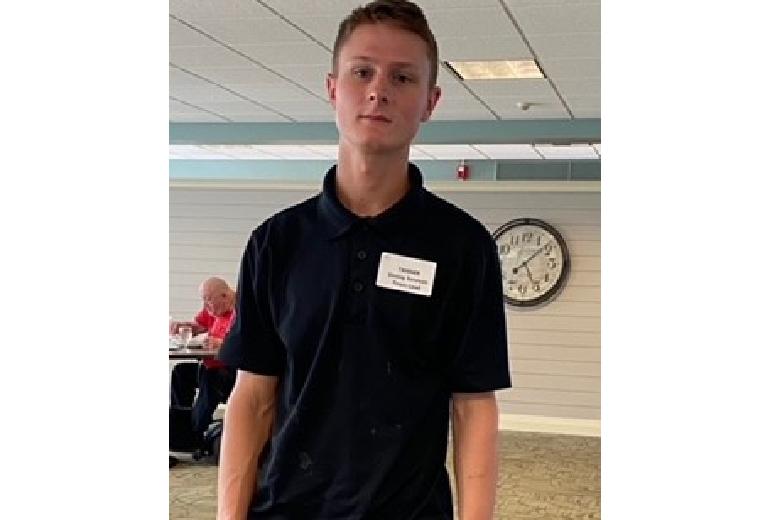