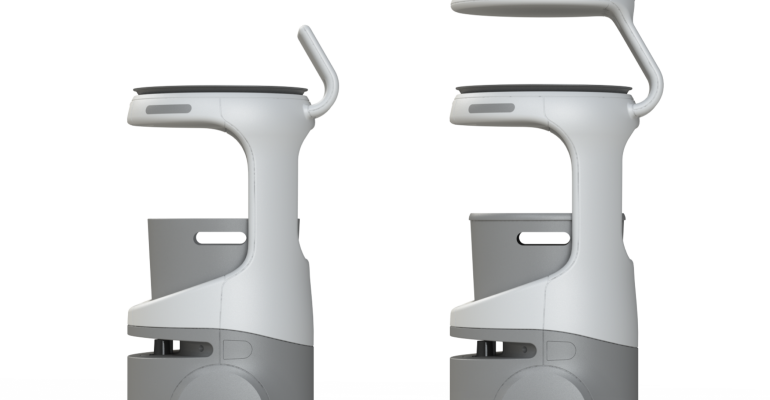 Bear Robotics
With the extra money it’s saving by using robots, Joe Velderman, VP of innovation, says Cypress Cove has bumped up starting pay to $18 an hour allowing the team to be more competitive when recruiting is necessary.
News & Trends>Senior Dining

This and the FAA expanding a drone company’s delivery radius are some of the tech-related developments you may have missed recently.

The Cypress Cove nonprofit senior living community in Ft. Myers, Fla. has three Servi robots from vendor Bear Robotics that help with food delivery and busing tables. While each robot costs around $850 a month, the nonprofit doesn’t have to pay for employee benefits, so it’s like paying a worker $2.77 an hour, says Joe Velderman, VP of innovation. With the extra money it’s saving by using the robots, Velderman says the community has bumped up starting pay to $18 an hour allowing the team to be more competitive when recruiting is necessary.

Food/retail drone delivery specialist Flytrex has received approval from the Federal Aviation Administration to expand its delivery radius from one to two nautical miles across all its operating stations in North Carolina and Texas. Deliveries will be made in cooperation with longtime partner Causey Aviation Unmanned, offering food, drinks and other goods to approximately 100,000 eligible customers that can opt into the service, a substantial increase from the 40,000 customers that were previously eligible.

Following the successful test phase of TGI Fridays’ partnership with Sam Nazarian’s C3 (Creating Culinary Communities) suite of virtual brands, the companies are expanding their partnership. Now, in addition to delivering Krispy Rice sushi and Kumi Japanese tacos to customers, Fridays will also run competitive eater Matt Stonie’s brand Stonie Bowls (teriyaki and poke bowls) out of its digital kitchens. Customers can order from any of the three TGI Fridays virtual brands through C3’s Go by Citizens virtual food hall mobile app, and mix and match from different brands in one order.

Incheon International Airport in South Korea has launched a new app-driven ordering system through which travelers can order items from Baskin-Robbins, Paris Baguette or Dunkin’, which will then be delivered to their location using one of the six Air-Dilly robots that are also in use in hospitals and offices around Korea. Currently only operating in Terminal 1 between 9 a.m. and 5 p.m., the robots can deliver the items “to people 820 feet from the participating businesses,” per Tasting Table, and have a total carrying capacity of 37.48 pounds.

Read more: Let Robots Bring You Coffee At The Airport

Ghost kitchen operator Virtual Dining Concepts is launching FaZe Subs in partnership with the Faze Clan esports organization and DoorDash in select cities across 23 states. FaZe Clan’s members worked with Virtual Dining Concepts chef Eric Greenspan on creating a menu of sandwiches, each named after gaming terms, topped with potato chips as a signature ingredient, and are all geared toward FaZe Clan’s widespread community of gamers. FaZe Clan is a professional gaming organization and group of YouTubers/social media influencers that competes in international videogame competitions and just recently went public in a $725 million SPAC deal.