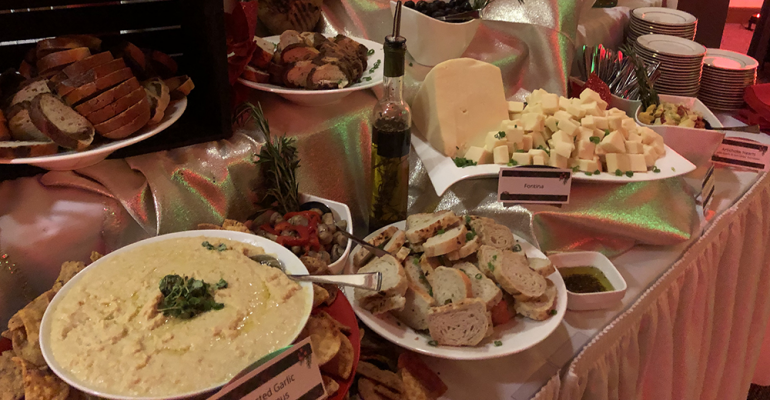 Late last year, senior living firm Phoebe Ministries put on an open house for prospective clients of its planned newest site, to be opened on the former headquarters campus of publishing firm Rodale in Emmaus, Pa., which Phoebe purchased last year. The new community, to be called Chestnut Ridge at Rodale, is designed to be a wellness-centered community targeted especially at younger seniors who want to maintain an active, healthful lifestyle, appropriate for a facility located on a campus formerly owned by a publishing firm that specialized in health and wellness literature.

The event had a holiday theme and was catered by Cura Hospitality, a unit of Elior North America that provides dining services at Phoebe sites. Held between 5 p.m. and 7 p.m., it drew over 250 despite some inclement weather. 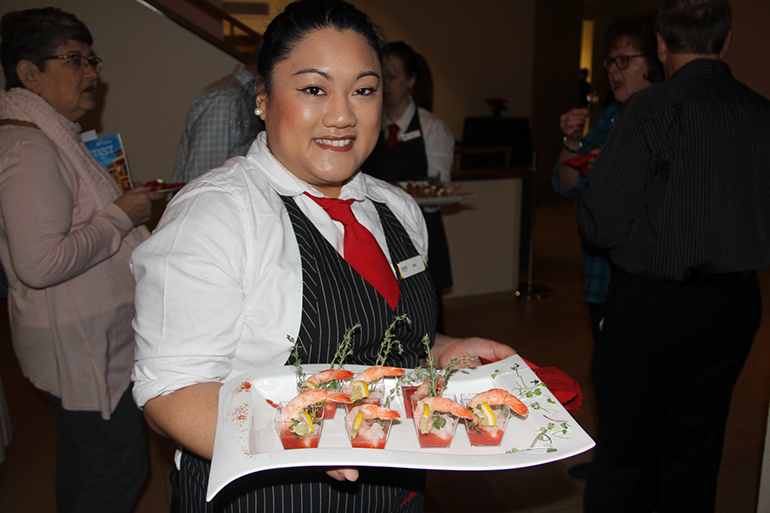 “Because it was held in a preconstruction site, the food was really important and it became the star of the event,” says Donna Schudel, community relations and grant specialist for Phoebe Ministries. “Chestnut Ridge at Rodale is a 62-and-up community,” she explains, “so the people we are trying to attract here are really interested in wellness, in organic, gluten-free, sustainable and [carbon] footprint awareness. Because we are in the former Rodale facility and its [association] with wellness, I think people are especially drawn to Chestnut Ridge because of that.”

“Considering that we are working with a population of folks who are on the generational cusp of those who tend to be a little more educated about food and who have had exposure to [food] trends, I think it was important that our menu [reflected] that, and also that there was a holiday theme to it given the [time of year],” adds Cura District Manager Jim Crossin. “At the same time, we were also trying to emphasize the Emmaus area and Chestnut Ridge.”

As it was not a sit-down event but rather a demo approach that allowed attendees to pick and choose, Cura set up various stations, such as a Mediterranean table with roasted vegetables—a big hit, per Crossin—hummus, artisan breads and healthy oils like olive oil. There were also passed hors d’oeuvres featuring shrimp, scallops and so forth.

“We tried to emphasize healthy where we could and also local [foods] even though that’s a little difficult in Pennsylvania [in winter],” Crossin notes.

And because of the holidays, several stations had traditional items like turkey and beef tenderloins carved to order. These were enhanced with add-ons like caramelized onions and chutney for the tenderloin and cranberry chutney sauce for the turkey. 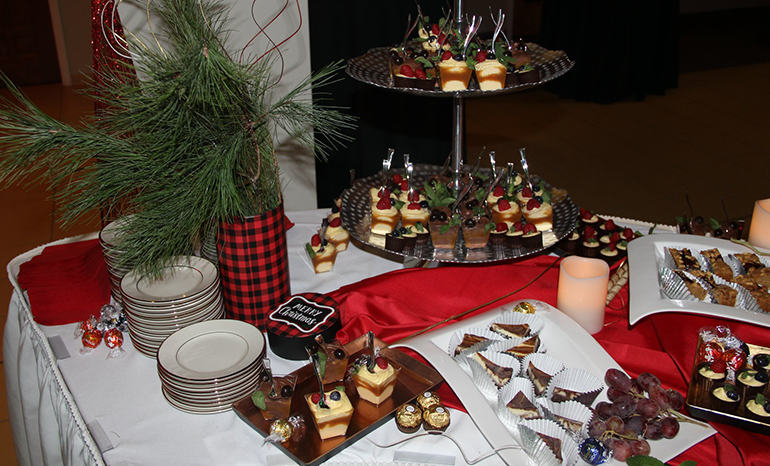 There were also two signature drinks created especially for the event: rosemerry, gin and tonic and winter sangria.

“We didn’t want to go too wild with the menu, but we wanted to make things that people would look at and see it was a healthier option,” Crossin explains. “We also wanted to [leave the impression] that we are doing some high-end things but with a different look.”

A unique touch was roasted chestnuts served as a parting gift, passed out by an attendant in Victorian costume.

“We got incredible compliments about the food,” Schudel says. “People were really impressed. They loved the chestnuts at the end.”

“It was a simple twist to a traditional piece that was appealing to this generation,” adds Crossin about the chestnuts, “and summarized the whole event, I thought. At the same time, it also gave some branding, if you will, to the Chestnut Ridge location.” 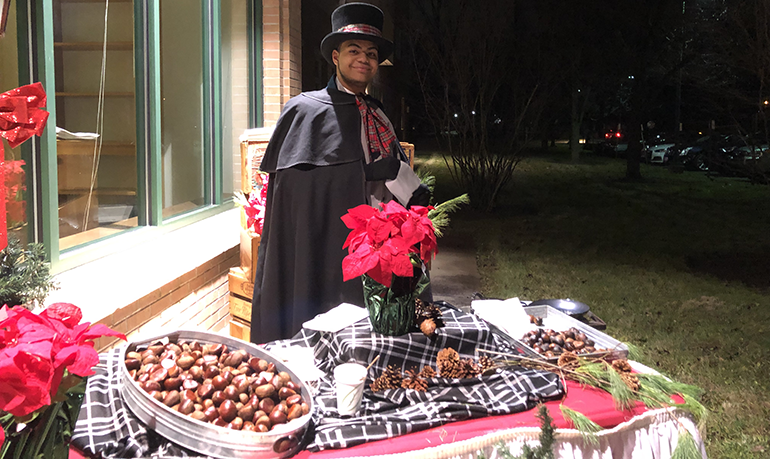 A signature touch to cap the evening was a Victorian-garbed staffer serving roasted chestnuts as a parting gift.

It seems to have done it job, judging from the reactions of the attendees.

“It was an amazing turnout,” Schudel says. “I definitely think the event was a huge pull and introduction [to Chestnut Ridge]. People got the sense that this was going to be something different, and the food had a huge part to play in that.”