Take a tour of a renovated bistro geared to ‘new seniors’ 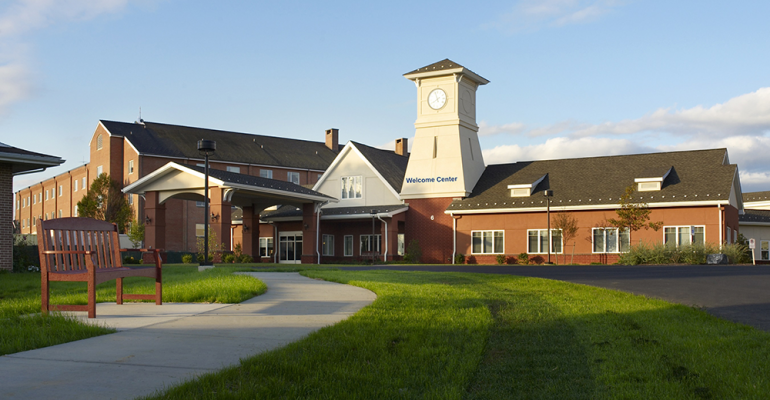 Start Slideshow ›
Village Center Bistro, the hub of Pennsylvania CCRC Brethren Village, has been overhauled in looks, menu and attitude.

Village Center Bistro, the hub of Pennsylvania CCRC Brethren Village, has been overhauled in looks, menu and attitude.

Brethren Village, a Lancaster County CCRC with about 1,250 residents and 500 employees, is attracting the new class of seniors by responding to the one thing they’re seeking: more choice, especially when it comes to dining. There’s currently a waiting list of 700 seniors eager to move in, thanks in part to the “More Choices—Your Choices” initiative from the Sodexo team at Brethren Village, and also the recent $2.5 million renovation of the Village Center Bistro, which has become the crown jewel in the dining program since opening in January.

The response from residents has been great, according to Richard Chambers, director of dining services. Meal counts have been increasing in the tens of thousands, something Chambers attributes to “chef-driven, restaurant-style service in all areas,” he says.

FM On Demand with Tara Fitzpatrick: Can we prevent or slow dementia through better senior dining?
Jan 24, 2023