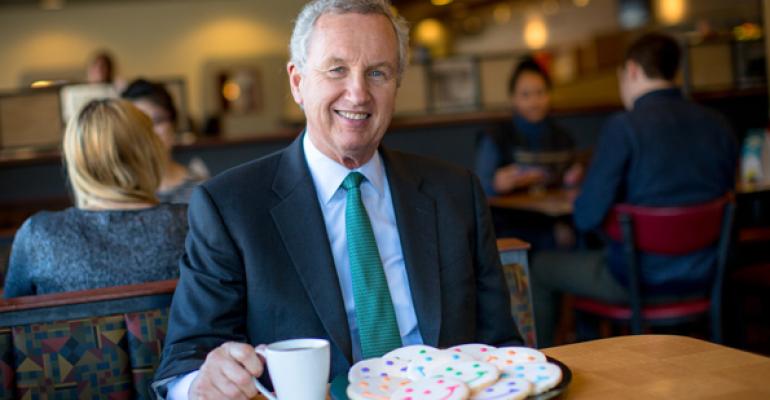 <p>In his long tenure as head of Eat&rsquo;n Park, Jim Broadhurst has overseen many innovations, from the launch of two major regional contract management companies to the chain&rsquo;s iconic &ldquo;Smiley cookie.&rdquo;</p>
News & Trends

That’s because Broadhurst has been a key figure in the founding and nurturing of two major regional contract management firms serving onsite foodservice segments: Parkhurst Dining and Cura Hospitality. Both units of Eat’n Park Hospitality Group, they are also #21 and #25, respectively, on FM’s 2014 Top 50 Contract Management Companies listing and collectively operate in more than a hundred accounts ranging from corporate dining facilities and colleges to senior living communities and hospitals.

Combined, Parkhurst and Cura account for more than half of Eat’n Park’s $400 million in system wide sales volume, more than validating the decision 19 years ago to seek diversification into the onsite foodservice sector.

“It proved to be a monumental decision that opened a lot of new opportunities for our company,” Broadhurst says of the 1995 decision to launch an onsite foodservice division, which became Parkhurst Dining. “We moved into new areas that have since contributed to our success. It was really critical for us.”

Broadhurst hasn’t made many bad moves in his 40-some years with Eat’n Park. He originally started his career in banking after finishing graduate school, and served seven years with Pittsburgh National Bank (now PNC), mostly in commercial lending.

“That’s how I met the people who started Eat’n Park,” he recalls. “They were looking for a CFO and asked me if I wanted the job. I was 29.”

The rest, as they say, is history. He was elected president of the company two years after joining the company in 1973, and then made chairman/CEO nine years after that.

Broadhurst’s tenure at Eat’n Park’s helm is marked by the chain’s evolution from a small car-hop operation into full service family restaurants. Innovations he instituted include adding a soup and salad buffet, late night dining and, later, Light’n Delightful features to appeal to nutrition-minded customers. Perhaps the most notable addition to the menu was the chain’s now iconic “Smiley cookie” in 1986.

Diversification into onsite foodservice came at a critical point in Eat’n Park’s history.

“It was the mid 90s when we took a pause and asked ourselves, ‘Do we want to take this concept nationally or stay a regional chain?’” Broadhurst recalls. “We knew we had talent and resources in our organization to do something different and we were intrigued by the onsite market.”

It didn’t hurt that expansion into onsite wouldn’t involve major investment, something the former banker no doubt appreciated.

Hence, the Parkhurst Dining division was born, charged with developing business in the corporate dining and college markets in Eat’n Park’s operating territory, where the parent was already familiar to prospective clients.

“We were able to offer not only customized menus with fresh ingredients but high-end event catering as well,” Broadhurst says. “We could call on the best chefs and cooks in our organization.” 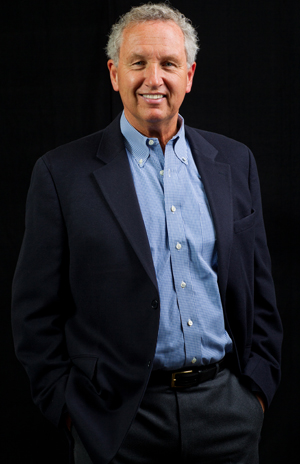 Launched at the same time as Parkhurst, Cura was initially an independent company, though Eat’n Park maintained a substantial equity position in the firm and had helped launch it. In 1999, Eat’n Park acquired a majority share. “They needed a larger partner if they were going to continue to expand,” Broadhurst explains.

Cura had originally concentrated on the senior care segment and established a strong market position in Pennsylvania and surrounding states. In 2007, the company expanded into the hospital segment.

Under Broadhurst, the entire Eat’n Park organization has been at the forefront of the local purchasing trend, establishing a dedicated buying cooperative called FarmSource for that purpose. With FarmSource, the company has built its local purchases from 3% to 20% of in-season goods.

“Not only does buying locally through FarmSource support the communities in which we operate and help the environment, but it allows us to provide guests across our operations with the freshest and healthiest food,” Broadhurst says.

It also accords with the five core principles around which Broadhurst has structured the organization: We Care About People, We Are Passionate About Food, We Embrace Innovation, We Are Fiscally Responsible and We Believe in a Culture of Integrity, Diversity and Accountability.

Forty years in the making and still going strong…