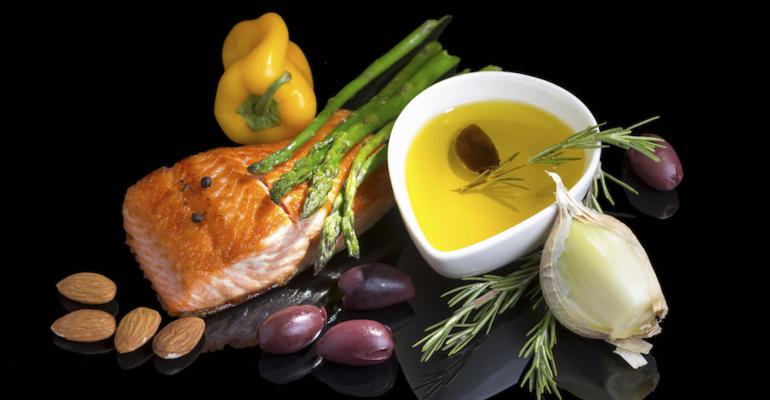 In a world of ever-shifting nutrition trends, the Mediterranean diet is increasingly becoming a guidepost for foodservice operators serving a broad audience of consumers hungry for healthful options.

Proponents of the Mediterranean way of eating gathered in Beverly Hills, Calif., for a recent roundtable touting the benefits of the diet, considered by many to be a gold standard for healthful eating. The diet is largely based on high consumption of fruits, vegetables, beans and whole grains, punctuated with moderate amounts of seafood, chicken, eggs and cheese, with liberal use of olive oil in place of less-healthful fats.

One panel at the event, which was sponsored by Italian food maker Barilla, included noncommercial foodservice operators who are applying principals of the Mediterranean diet to menus, from a K-12 school through the university level and into the workplace.

LeBarre hopes to correct some of the negative health trends impacting some of her students’ communities, arguing that a good diet can improve everything from future heart health to the ability to learn to read.

“We believe we’re filling a basic need to get them ready to go to college,” she said. “But we also want to create an equitable food system in an environment that honors their diversity. We have over 50 languages spoken at our schools.”

So LeBarre has introduced ideas like Meatless Mondays and California Thursdays, exploring different flavor profiles to see what kids enjoy.

Out of the latter came a Mediterranean-themed lemon-oregano chicken recipe now served twice a month using locally produced Mary’s chicken, which is raised without the use of antibiotics.

About 15 schools now have produce markets where they sell organic produce at cost. And the school district is building a 30,000-square-foot state-of-the-art central kitchen and instructional farm, paid for by a $40 million bond supported by taxpayers, that LeBarre hopes will help the district reduce its reliance on packaged foods.

At the college level, Yale University has moved to a mostly plant-based menu across its system, which includes dining halls, restaurants, cafes, convenience stores and a $7 million catering operation.

Rafi Taherian, the hospitality program’s associate vice president, said the school began moving away from animal protein at the center of the plate about eight years ago, and the presence of meat is phased out more each year. Meanwhile, Yale has become the largest buyer of beans and legumes in Connecticut, and the school buys about 12,000 gallons of olive oil annually.

Surveys indicate students are very happy with the shift, with Yale rated more highly by its students than those at other Ivy League campuses, Taherian said.

“It’s doable,” said Taherian. “You can present a plant-based Mediterranean diet in a cost-effective way and people love it.”

However, it has not been without challenges, he noted.

Many people don’t really know what the Mediterranean diet is and culinary schools don’t teach plant-based techniques, he said.

Because recipes typically have only four or five ingredients, they have to be executed well. “There’s no place to hide,” he said. You have to introduce consumers to the flavors and also adapt the recipes for large-scale production, he added.

And while younger diners may be more open to vegetarian and vegan cuisine, their parents may not be.

At Google Food, director Michiel Bakker sees the food as not only impacting the health and happiness of employees but also as a recruiting tool for the company.

Google serves more than 125,000 meals every day—free to employees—and Bakker sees his role as helping people make more sustainable food choices, while still finding joy in the experience of dining.

The program is trying to become more plant-centric. But rather than take meat away, he believes in adding plant-based options that just taste better.

“You can nudge anybody to make better decisions if you use flavor and taste,” he said.