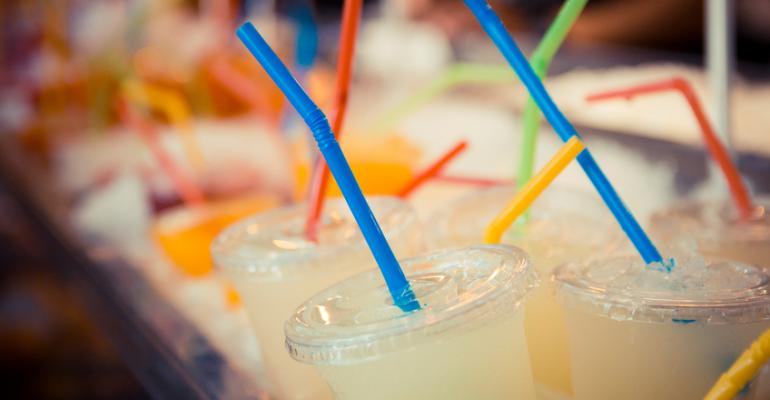 Pick a trend in the American food and beverage scene — from customization to healthful eating, global flavor mashups, clean labels or sustainability — and the odds are good that the millennial generation is in the thick of it.

This year, the millennials — defined as individuals 18 to 34 years of age in 2015 by Pew Research Center — overtook the baby boomers to become the nation’s largest generation. Now more than 75 million strong, millennials and their preferences will impact onsite foodservice operations and commercial restaurants for decades to come.

These are consumers who wear their values on their sleeves. For instance, millennials are significantly more likely than other generations to be stirred by product descriptors such as all natural, organic, Fair Trade and sustainably grown, according to the MenuTrends Keynote report on nonalcoholic beverages by research firm Datassential last year.

The breadth of their interests signals opportunity, as well as challenge, for operators and marketers.

“In general, we have seen that millennials are much more engaged, pretty much with everything,” says Jennifer Aranas, senior project director of Datassential. “This is a group that says they like everything. They want to try all the new stuff.”

At the new Thrive360 Eatery, young professionals in Chicago’s LaSalle Street financial district greet the day with organic pour-over coffee and organic tea, fuel up at lunch with blended protein beverages and socialize in the late afternoon over mocktails made with kombucha, the tangy, fermented tea beverage, poured over pineapple-flavored ice cubes.

Thrive360 is the fast casual sister concept of Protein Bar, an 18-unit, Chicago-based chain of eateries that caters to healthy eaters on the go. Thrive360 offers Protein Bar signatures such as Pier-Nut Butter & Jelly, a blend of organic peanut butter, blueberries, strawberries, organic agave nectar and vanilla protein; and Avo-Matcha, with avocado, matcha green tea, organic raw honey and vanilla protein. Either drink is filling enough to be a meal replacement, notes Julie Saliba, head of marketing for the two concepts.

Older millennials between the ages of 25 and 39 are the most likely group to drink espresso-based beverages, cappuccino, mocha, espresso, gourmet coffee, caffè Americano, flat white, cold brew and nitrogen-infused drinks, according to the results of a recent weekly study by the  NCDT(National Coffee Drinking Trends).

A front counter with stools and high tables at Thrive360 creates a bar-like atmosphere that meets millennials’ desire for “alternative ways to socialize that are not necessarily around alcohol,” says Saliba.

On college and university campuses, where the youngest millennials are sharing classrooms with the up-and-coming Generation Z, bottled water, ready-to-drink coffee and tea and energy drinks are the hottest beverages, growing at the expense of carbonated soft drinks, reports Lynn Browning, director of design and development, culinary solutions, for Sodexo, the Gaithersburg, Md.-based foodservice management company.

Sodexo is monitoring cold brew coffee, which is growing rapidly in both retail and foodservice. “[Cold brew] is really a new area,” says Browning. “We will be looking at that harder and using our consumer insights and category management to see where those products play the best.”

On top of that, strong demand for energy drinks at colleges and universities has led Sodexo to add four new energy drinks to its campus coolers. “Energy is not going anywhere,” says Browning. “More and more vendors are getting into it and adding their twists.”

At Loyola Marymount University in Los Angeles, Dana Massimiani, director of operations for Sodexo there, can vouch for those observations.

Water accounts for more than 60 percent of bottled beverage sales at LMU, which has about 6,200 undergraduates. “It really doesn’t seem to matter what size of bottled water,” Massimiani says. “They are grabbing it off the shelves at record speed.”

For those averse to single-serving bottles, water kiosks for refilling reusable containers are being installed on campus. And even the traditional carbonated soft drink fountains in the dining hall have become watering holes. “We are seeing traffic go to the soda fountain, but people are filling their cups with the water option rather than soda,” Massimiani says.

Five coffee shops satisfy the campus demand for java. As for energy drinks, the amount of cooler shelf space devoted to them has increased fivefold over the last five years, and three additional coolers have been added just for canned energy drinks, Massimiani says.

“There are some really interesting eating habits coupled with these beverages,” remarks Massimiani. “You’ll see them have an energy drink and a muffin instead of a full plate of food.”

Sponsored Content
Cool refreshing beverages on trend for summer
May 03, 2016