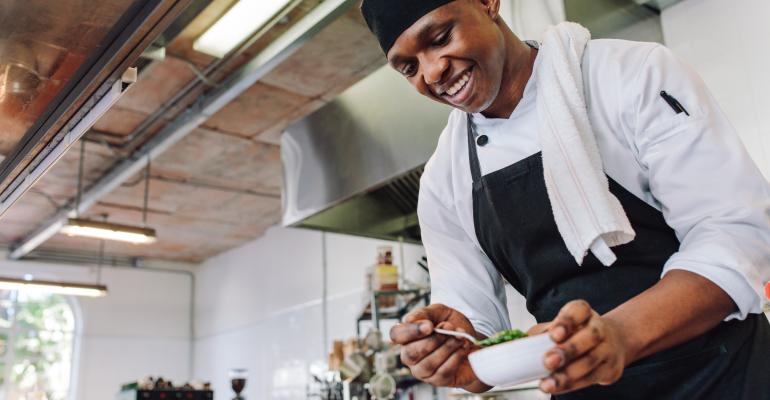 Time for an energy refresh?

Expert guidance in facility refreshes can be done affordably and even increase profits.

Foodservice manager, Is your facility as modern as your food?

No, we’re not talking about facility eye appeal and decor, though they do matter, especially to guests. But when it comes to overall profitability, a modern cafeteria is an energy-efficient facility that lowers utility costs and boosts the bottom line. Done well and thoroughly, the net effect is beautiful on many levels, and likely more affordable than you think.

According to Rick Ferguson, a targeted approach “to what we call a refresh” is essential to avoid spending more than necessary, maximized mechanical and electrical performance in the facility and, ultimately, an optimal return on investment.

“The net effect of a refresh can be a big boost to your business and the overall culture of a cafeteria,” says Ferguson, co-owner and chief engineer at R3 Retail Development. The Camus, Wash., consultancy helps foodservice facility operators improve energy management. “You have the opportunity to change what the business looks like to the customer, reduce operating expenses and increase profits at the same time.”

Since a facility refresh can include everything from reducing kitchen energy consumption to accent lighting in the cafeteria, Ferguson says operators must assess which improvements meet their most pressing goals. If lowering energy costs is a key concern, start in the kitchen where hood fans and cooler motors consume lots of energy. If improving the customer experience is a primary goal, then examine the dining area for opportunities to beautify the space while still reducing energy costs.

Ideally, says Ferguson, operators would address both areas at once with a building management system that monitors and controls energy usage and output at every point in the facility.

“You can make many cost-effective and energy-efficient changes to your operation, but monitoring and optimizing all of them around the clock is beyond human capability,” Ferguson says. “Such a system has the capability of being everywhere at once in a facility and multitasking in ways a manager simply can’t.”

Ferguson says most operators are interested in potential cost savings, so he begins in the kitchen where the greatest amount of energy is consumed. Here, he recommends the following upgrades:

• Change traditional hood fan motors to switched-reluctance motors. These are managed by a computer by applying variable speeds as exhaust loads change, and they are 20 percent more efficient than older motors, which are either on or off. When on, they are also evacuating conditioned air from the facility, causing additional cost issues.

• Switch to electronically commutated motors (ECM) in walk-in coolers. ECMs use half the power of traditional motors, Ferguson says, and they manage temperature far better. “If the blower has four fans, you might see only two or three running at a time, which is good. But if the chef walks in with a few pans of warm chicken, then all the fans start up until the correct temperature is achieved.” The same technology, he adds, can be applied to HVAC blowers cooling or heating dining spaces.

Tip: Many electric utility providers offer rebates when customers switch to such motors, Ferguson says, so be sure to ask if they do.

Put things in the right light

Few changes to a foodservice facility make as positive an impact on guest appeal and energy costs as lighting changes. But finding the correct lighting is tricky, Ferguson says, because many facilities attempt to blend many sources of illumination — natural, fluorescent, incandescent and, increasingly, LED.

At the very least, Ferguson suggests upgrading to quality LED lamps or ceiling cans that are easily controlled by a building management system, which consume less electricity than other bulbs. Specific areas of a room can be “warmed” with incandescent lights, he says, but use them sparingly.

“And above all, light your food the way it is supposed to look,” says Ferguson, “and get help making the right lighting choices.”

But be careful whom you chose. While talented and artistic, lighting consultants tend to design beautiful, but budget-busting packages, Ferguson warns. “We try to aim more for the middle, a balance between affordability and a look that’s noticeably different,” he says.

When looking to lighting as a means of saving on energy costs, know that they will work optimally with a building management control.

“The control side makes sure lighting management is out of the hands of somebody who may forget to turn off a light switch,” Ferguson says. “We can set it to dim the lights by how bright the light is outside, or dim the lights when the place is closed at night, or between shifts when people are working but less light is needed. It all can reduce your overall energy bill and increase the life of lamps.”

Ferguson encourages operators to at least have a preventative maintenance (PM) program) to ensure they are maintaining the equipment they currently have. Let the professionals “go onto the roof and service the fans that are covered with dirt and oil and let them take care of your equipment. You’re trying to sell food and an experience, so let them take care of that important equipment.”

Ferguson breaks down a PM plan this way:

“Do what you can afford to operate more efficiently — which is something you can control,” he says. “If your power bill is $1,000 bucks a month, and we can shave that by 20 percent. That’s huge money for the average operator.”