The Starbucks in the student union got a new location in August, taking over the space that was once occupied by an Einstein Bros. Bagels. The new location has an expanded footprint, including opening a patio area where students can enjoy the Arizona weather with their java. Since moving into the new space, sales have also increased. This isn’t the only Starbucks location on campus. ASU is one of the first universities to work with the coffee giant to open full-service Starbucks trucks on campus.

Also in the student center is one of two P.O.D. Market (Provisions On Demand). P.O.D. is ASU’s version of a c-store, with a variety of convenience and freshly prepared grab-and-go options. As part of the university’s sustainability initiatives, plastic bags are not offered at these locations and students who bring their own reusable bag receive a discount.

Engrained, ASU’s fast-casual sustainability-focused concept, opened in the fall of 2008. The café has six intentions that focus on serving local, organic, Fair Trade and sustainable items. The café is also used to educate guests on the eco-friendly dining experience at Engrained.

Display cooking and plated examples of that day’s food selections help sell the experience at Engrained. Meal plans are not accepted here. The check average is $10.25. A new offering at Engrained is a juice bar, where freshly made 6-ounce juices are available for $5.50.

FM’s lunch from Engrained: a pulled pork sandwich. In addition to sandwiches, salads, pizzas and sushi are offered at Engrained.

Following the success of Engrained, students were asking for a grab-and-go outlet that followed similar sustainable practices. Four years ago, E2 opened offering just that. The small space E2 went into used to be a classroom.

Right next to E2 is Dave’s Doghouse, an East Coast-style hot dog joint. The Doghouse has been on campus for five years. The original Doghouse was off campus, but when the building was torn down ASU’s president reached out to owner Dave Cheran, a retired lawyer from Boston, to ask him about partnering with the university for an on-campus location.

The Doghouse’s claim to fame is a crustless bun, a recipe Cheran created.

The Doghouse does brisk business in a small space. There is also a cart version of the popular location, which is open for lunch 10 a.m. to 3 p.m. Monday through Friday and weekend nights.

Two of the most popular offerings at the Doghouse: The Boston Dog (mustard, onions, relish) and the Chili Dog (mustard, chili, onions). And don’t worry about your breath—Cheran is always nearby with mints.

In 2013, Freshii opened in McCord Hall. James Emmons, director of operations with Aramark at the university, said students were requesting a fresh food concept and Freshii fit the bill.

There is no kitchen in this location, just a small area to prep produce. There are also no exhaust hoods needed so the university was able to fit the unit into a relatively small footprint.

ASU has four all-you-care-to-eat residential dining facilities; 60,000 meals are served each week. At Pitchfork, which is geared toward commuter students and faculty and staff, one station is called Daily Root, a vegan station. Daily Root opened this January. Vegan student groups on campus asked for a vegan-specific dining hall so dining services started smaller with a station. The concept might expand to other locations.

Another dining hall, Barrett Honors College, serves 19,000 meals a week. The meal plan cost at this location is about 25 percent higher than at other locations because of the unique nature of the location. The honors college is a living/learning environment, meaning it’s not uncommon to see deans eating with students. The meal plans also cost more because of the menu’s diversity and use of local and organic ingredients.

Barrett has many stations, including a stir-fry area where items like this vegetable stir-fry are offered.

This Roast Beef and Swiss Melt is served at the deli station at Barrett.

Gelato provides a sweet finish to your meal at Barrett. 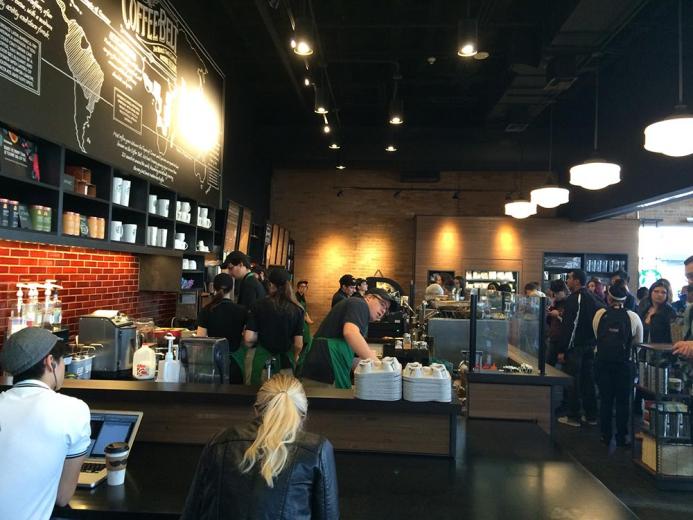