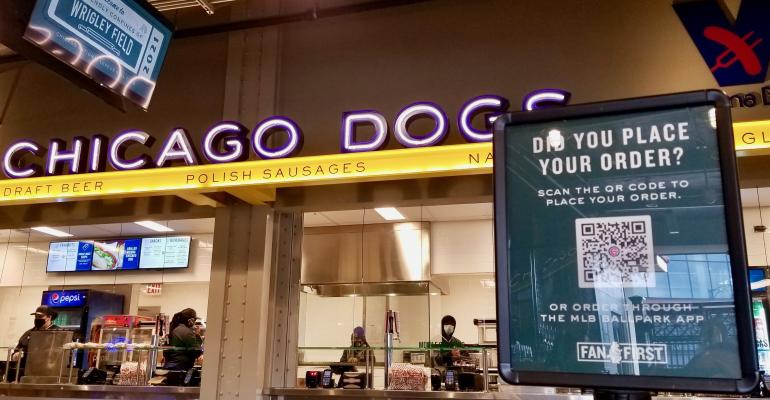 This and the expansion of driverless truck experiments on Texas roads are some of the tech-related developments you may have missed recently.

Major sports/entertainment concessions/catering firm Levy has announced the launch of its DBK Studio innovation studio, which will partner with startups and emerging technology companies to pilot and scale technologies across Levy’s portfolio of venues in areas ranging from mobile ordering and self-service to inventory management and staff training. “There are so many technologies with the potential to make experiences so much more enjoyable for fans, guests, and team members,” said Sandeep Satish, Managing Director of DBK Studio and Vice President of Strategy and Analytics for E15 Group. “These companies just need an opportunity and the resources to learn, operationalize, and scale. DBK uncovers opportunities for these solutions to push the boundaries of what we previously thought possible in sports, entertainment, and hospitality venues.”

Experimentation with driverless trucks is flourishing in Texas due to both its physical and regulatory climate and its geographic position next to Mexico, which exports around 85% of its goods to the U.S. by truck as the generally sunny weather makes things easier for the vehicles' sensors and a 2018 law essentially gives autonomous vehicles the same status as manned ones. Driverless vehicles also potentially can help easy supply chain issues and make delivery less expensive—one estimate has the per-mile cost of transport by driverless vehicle versus fully manned dropping from $1.76 to $0.96.

Read more: In Texas, driverless trucks are set to take over roads

Husband-and-wife duo Jamie and Jilea Hemmings believe “checkout and robotic delivery are the future,” so they opened Nourish + Bloom—which they say is the first Black-owned contactless market in the US—in Atlanta on Jan. 21. Operating 24/7 and 365 days a year, Nourish + Bloom will be offering over a thousand healthy grocery products from produce and meat to snacks and beverages, along with a sandwich-focused bistro, as well as food delivery through temperature-controlled robots.

Read more: First Black-owned autonomous grocery store in the US opens in Atlanta

The robotic restaurant in the Olympic Village built for this summer's Olympic Games in Beijing features cutting edge technologies such as motorized trays descending from the ceiling holding bowls of noodles and a robotic hamburger-making assembly line behind glass. Customers get their orders by holding their receipt up to a scanner.