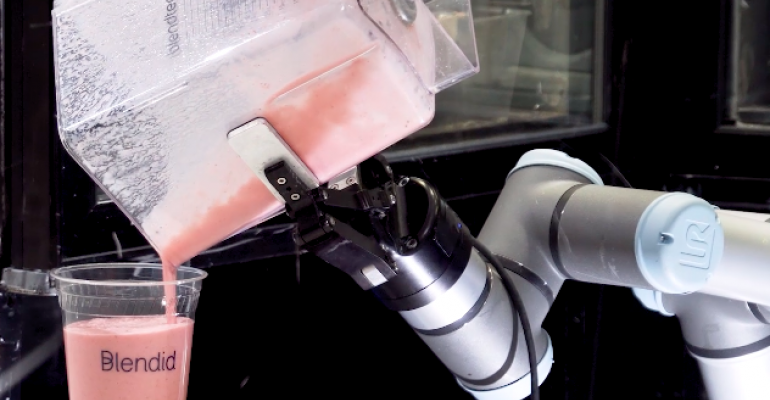 From automated kiosks and “smart” fridges to AI-powered no-checkout-stores, operators are learning to move product without deploying manned outlets.

Sally the Robot has a growing family. The famous salad-making automated unit that debuted five years ago has been joined by a host of mechanical kinfolk that are capable of creating an increasingly sophisticated array of dishes. Meanwhile, cutting edge technology based on artificial intelligence (AI) such as Amazon’s “Just Walk Out” platform have made unattended multi-product retailing feasible in a growing number of venues.

Talk about grabbing the moment! These tech advances are flourishing in an operating environment where a combination of labor shortages, customer demands for greater convenience and lingering societal skittishness about person-to-person contact have impacted traditional, staffed modes of foodservice operation.

Of course, unattended retail has been around for a long time in the form of vending machines and, later, unmanned micro-markets, but traditional vending machines were limited in what they could stock while first-generation micro-markets were vulnerable to theft unless they were located in secure environments like controlled-access areas of hospitals and businesses, limiting their reach. 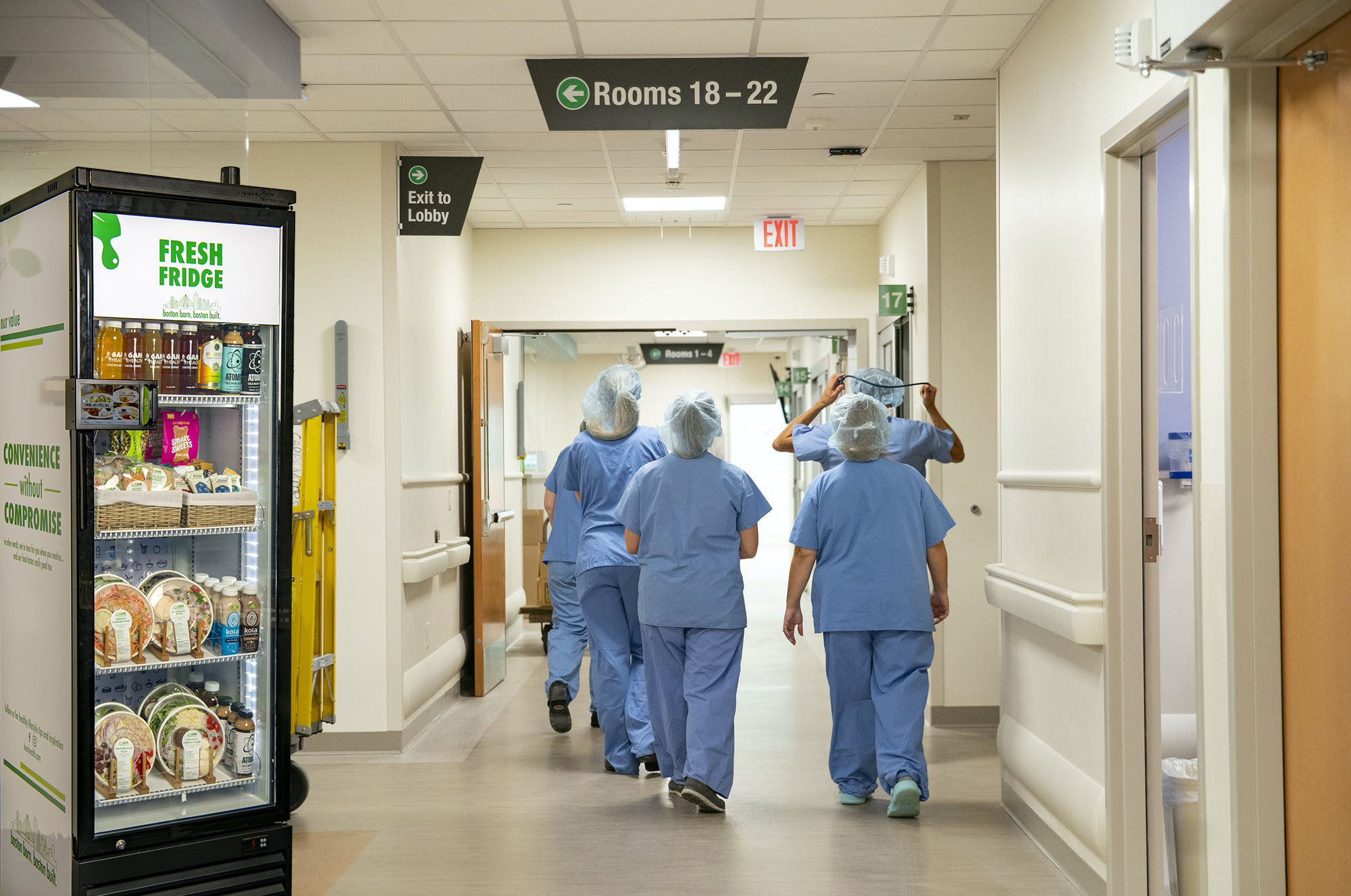 The advantages for dining programs in these developments include not only labor savings at point of service but an extension of service across time and space—unattended outlets can operate round the clock seven days a week, and they can be placed in areas where manned stations are impractical or unworkable, leading to more sales.

Also, at least in the short term, there is a marketing boost to deploying exotic technologies in that it tends to get more customers to try it out just for the experience.

First off, high-tech fresh food vending units have been expanding their presence in onsite environments, especially those like healthcare facilities and some businesses that have round-the-clock or extended hours traffic that isn’t large enough to sustain traditional café service but still represents an added revenue source for dining. 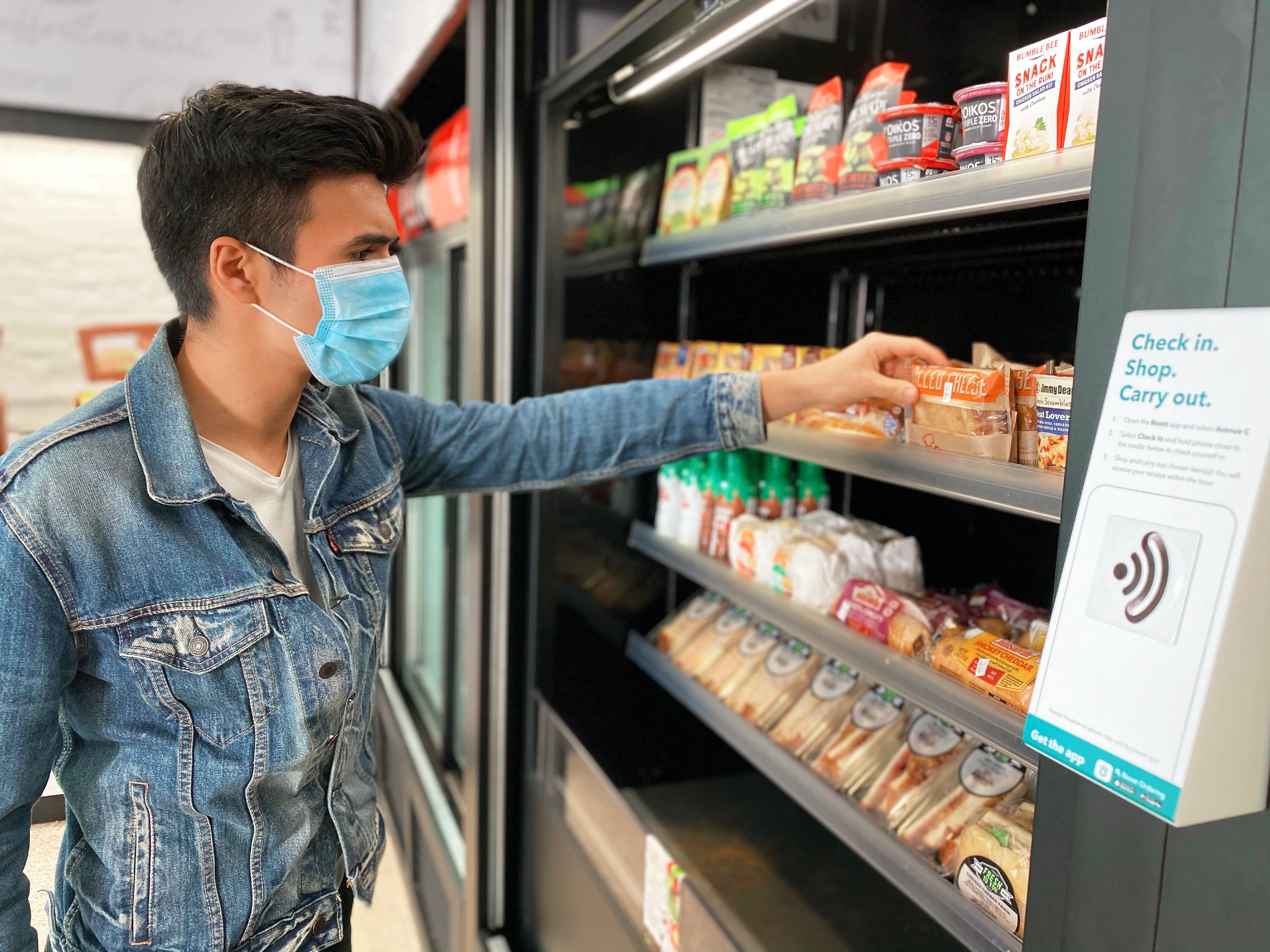 The Market Next store at the University of Houston is designed to operate 24 hours a day as reportedly the nation’s first retrofitted, completely touchless, cashier-less retail experience.

Hospitals have been at the forefront of using this technology in order to provide evening and overnight staff with food options that go beyond traditional vending, brown-bagging or takeout from offsite restaurants. While some facilities keep a station or two open in their cafeterias to serve this population, sales rarely cover the costs.

Fresh food vending units can either be stocked during the day by dishes prepared in the facility’s production kitchen or by a third-party—even some name restaurants have jumped on this model as a way to add sales while leveraging their brands.

The advantage is that the food is fresh—usually turned over at least daily—and can be customized to a particular population’s preferences. If the dishes are made in-house, they can also represent extra sales of what’s already being made for daytime customers.

Of course, traditional vending machines have long offered some fresh food choices—though “fresh” was often a relative term in this context—if they had refrigeration capabilities, but customers had to make a selection and pay before they could access the product.

“Smart” units incorporating sophisticated artificial intelligence programs allow customers to access the selection by presenting a payment method and then examine the choices before deciding. The program only charges for what’s removed when the door is closed, a much more customer-friendly approach.

Perhaps even more pervasive than high-end vending units offering grab and go pre-packaged selections are automated food prep stations that specialize in making customized dishes to order. The aforementioned Sally is one early example, but the category has proliferated to robotic units that prepare a range of food categories and there’s even a robotic bartender now!

These units can function either as vending machines with customization and fresh prep capability, such as the various pizza vending machines that have been on the market for a while and that bake pies to order, or as cafe units that are in effect unmanned serving stations specializing in dishes such as salads, ramen, cereals, yogurt, smoothies and burgers.

Onsite examples aside, this trend is largely being driven by major commercial chains looking for solutions to staffing and quality control issues, which means big investment bucks and market pressures driving innovation and eventual volume rollout of robotic stations and even broad-menu restaurants that can literally operate 24/7 while serving fresh, customized dishes without generating onsite labor costs.

And then of course there’s the automated retail store, which has been around in various forms beginning with automats, then progressing to micro-markets and c-store-sized vending machines

like Shop 24. The current explosion in this trend was energized by Amazon with its Just Walk Out stores that begin as modest sized automated Amazon Go c-stores but have now been growing up into full-scale groceries.

Aramark scored an FM Best Concept Award in 2020 with its automated Quick Eats Close Convenience concept, which used computer vision cameras and sensors to create a fully automated, frictionless, self-guided shopping experience that the Best Concepts jury saw as a groundbreaking foray into sophisticated automated retailing. Since then, the idea has proliferated to colleges like San Jose State and the University of Houston and to sports venues like UBS Arena on Long Island, NRG Stadium in Houston and Climate Pledge Arena in Seattle.

As with high-tech vending units and robotic stations, automated retail stores extend service across the day and night, reaching previously unattainable transactions while allowing operators to use available labor where personalized attention is preferable.