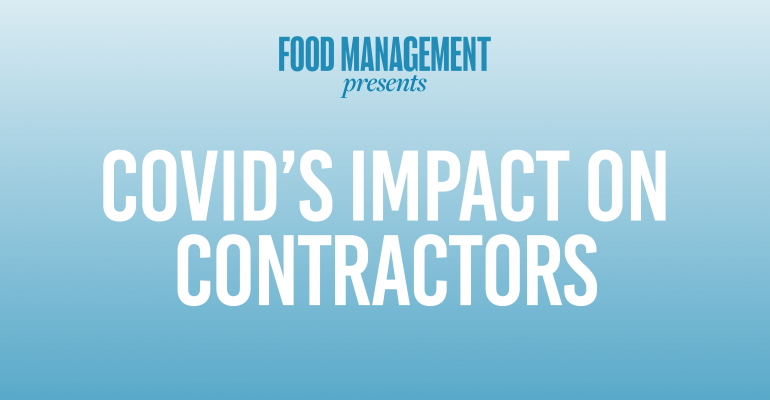 Of the 44 companies that reported their 2020 results to FM and/or for which public financial information is available, only eight posted gains and one reported no change
Top 50 Contract Companies

The disruptions and loss of business across most markets has severely dented the financial results of the foodservice management industry as reflected by the FM Top 50.

It’s safe to say that 2020 has been the most depressing year in the history of the Food Management Top 50, which began in 1997 and is now in its 24th year. Not even the 9-11 attacks and the housing bust of 2008 with its consequent recession wreaked nearly as much economic havoc on the industry across the board as did the COVID-19 pandemic that struck the U.S. early last year and dramatically affected annual results across the board.

Of the 44 companies that reported their 2020 results to FM and/or for which public financial information is available, only eight posted gains and one reported no change. In addition, we assumed year-to-year revenue losses for the six firms for which FM had to make estimates, with the extent based on the markets in which they operate and how other similar firms fared. 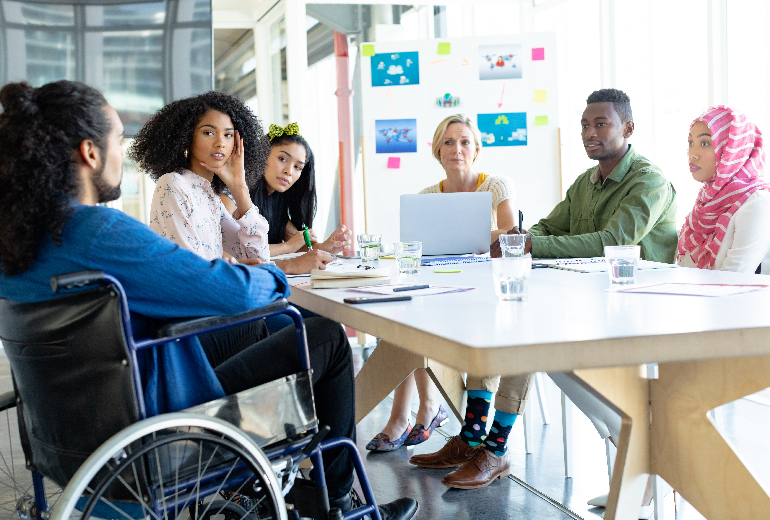 Diversification is the ongoing strategy of a number of Top 50 companies.

Diversification is the ongoing strategy of a number of Top 50 companies, primarily the “Big Three” of No. 1 Compass Group North America, No. 2 Sodexo and No. 3 Aramark, as well as No. 5 Elior North America. All four did post losses last year, as did other highly diversified entries on the Top 50, but not nearly as steep as some companies concentrated in one or two especially hard-hit segments such as sports concessions, airports and B&I.

A closer look at the results of each of these mega firms’ operations in individual markets shows that they tended to do best in the institutional segments like healthcare and K-12 schools while seeing steep losses in B&I, sports/entertainment and, to a somewhat lesser extent, higher education. That perhaps is why Elior saw a smaller overall decline than the other three mega firms as about three quarters of its business is generated from K-12, eldercare, corrections and hospitals.

In its press release announcing fiscal 2020 results, Elior noted that among its operating territories, “the US was the most resilient owing to Elior being less exposed to B&I, our strong position in the National School Lunch Program from K-to-12 children and our ability to increase our use of existing capacity to support social services organizations.”

Compass in its 2020 annual report noted that while organic revenues in its North American business declined by 18.5% overall and 40% in the second half—which spanned the months of April-September 2020—new business for the full year was up 6.9%, with “significant levels of growth from first time outsourcing and wins from smaller regional players.” Among individual market segments, healthcare/senior business was actually up 4.5%, somewhat cushioning declines in other segments.

Sodexo’s second half of fiscal 2020, which covered the months of March through August, saw and organic drop of 35.9%, led by a 48.5% drop in its Business & Administrations unit, which encompasses sports/leisure, government/agencies and corporate services (B&I), though the company did note in its annual report that declines in the latter were mitigated by blue-collar locations that continued to operate, while the government/agencies unit was bolstered by the company’s business with the military, which obviously didn’t shut down.

Meanwhile, Healthcare business was “impacted by lower elective surgery and retail sales in hospitals and some contract losses and exits,” leading to a second-half decline of 14.6%. In the Education sector, second-half revenues were down 46.5%, primarily because of closures of higher education and public school sites, though the company notes that, “Schools were much more resilient than Universities due to a higher share of FM Services and the substantial number of packed meals produced for the local authorities for families in need.”

Aramark saw the largest drop for fiscal 2020 among the “Big Three” with the decrease “primarily attributable to COVID-19, which significantly impacted our Sports, Leisure & Corrections sector due to the suspension of professional sports seasons, our Education sector where clients either have reduced or ceased operations at certain locations and our Business & Industry sector due to many clients working from home instead of the office,” the company’s annual report noted. 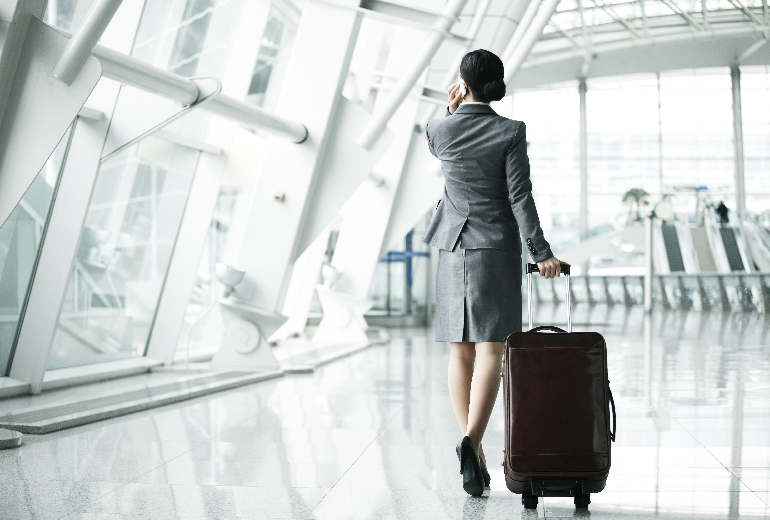 Meanwhile, with travel largely halted, major airport concessions firms like No. 6 HMSHost and No. 13 SSP America, as well as Delaware North, which has significant airport operations, took a beating.

The 2020 revenue declines tabulated in the 2021 FM Top 50 were especially steep for companies operating sports and entertainment sites, convention/conference centers and public facilities like parks and resorts that saw venues completely shut down for months with a few limited reopenings later in the year.

Unsurprisingly, companies heavily invested in these markets were hit hard, and several declined to provide results, but FM estimates that these companies, such as No. 4 Delaware North, No. 14 Legends Hospitality and No. 17 Spectra Food Services & Hospitality, all experienced severe reductions in revenues in 2020.

Meanwhile, with travel largely halted, major airport concessions firms like No. 6 HMSHost and No. 13 SSP America, as well as Delaware North, which has significant airport operations, took a beating, with HMSHost—a unit of publicly traded European firm Autogrill—seeing a 67% revenue decline and SSP America, the North American unit of another publicly traded European entity, declining 48%.

Among the largest onsite dining markets, the one that saw the steepest drop was B&I because of so many business venues either closing down to let employees work from home or limiting access to public areas like cafes even if they did remain open. That especially impacted companies with major corporate dining operations like No. 34 Southern Foodservice and No. 39 LPM/Epicurean Feast. Bucking the trend was No. 37 Nexdine, which posted a small gain despite operating primarily in B&I by aggressively pivoting to strategies like ghost kitchen pop-ups, kiosk and online ordering, in-home meal kits and the sale of groceries.

Meanwhile, No. 49 Food For Thought, with about half its business in catering—a sector almost completely shuttered for much of last year—and most of the rest in corporate dining around mostly locked down Chicago, had the largest drop on the list, from $37 million in 2019 to $6.4 million last year. 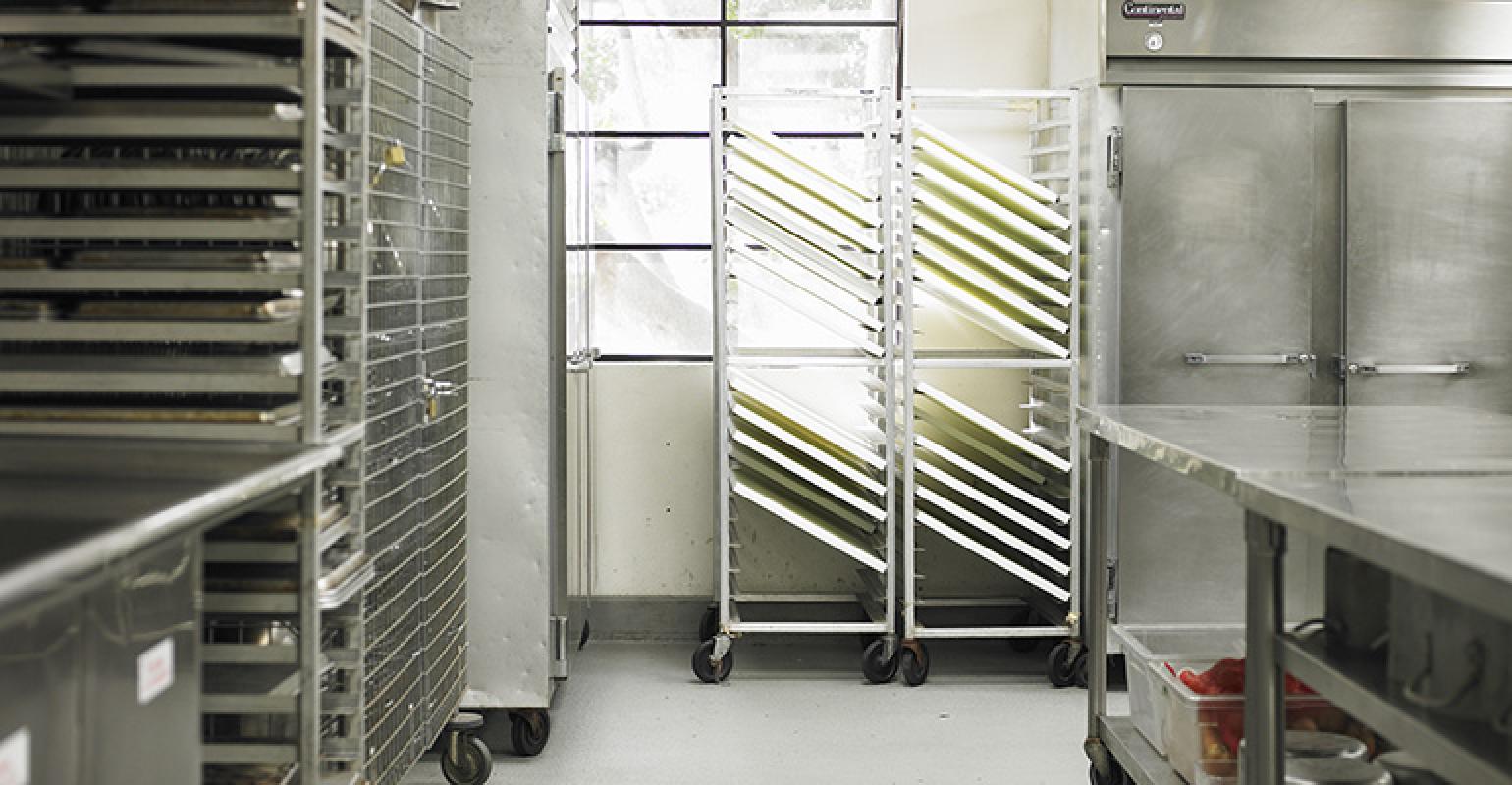 Companies were also affected by where they operated as states had varying policies on reopening for in-person learning in the fall.

While hard hit with most students sent home last spring and sporadic partial reopenings combined with lots of remote classes last fall, college dining was a shadow of its former robust self but at least it continued to operate at some level on most campuses to feed the few students and staff still around. That allowed companies specializing in this market, such as No. 27 Creative Dining Services and No. 38 Fresh Ideas Food Service, to keep their heads above water despite double-digit revenue declines.

The K-12 school market seemed to be the most volatile segment as some companies operating in this sector struggled to continue to provide meals to remote learning students with curbside pickup and delivery services while others were able to leverage strategies like developing higher-quality and more diverse packaged meal options and multi-meal packs to keep the business going. Companies were also affected by where they operated as states had varying policies on reopening for in-person learning in the fall. As a result, K-12 specialists like No. 22 Nutrition Inc. and No. 29 Pomptonian Food Service that operate in hard-hit and locked down regions like the mid-Atlantic were dramatically affected while companies in some other regions such as the Upper Midwest and Texas where school openings were more prevalent did better.

In fact, a couple of K-12 specialists—No. 10 Southwest Foodservice Excellence and No. 43 Lunchtime Solutions—were actually able to post modest year-over-year gains while No. 16 Whitsons Culinary Group and No. 31 Better4You Meals, both with substantial K-12 business but also operating significant packaged meal production operations, had double-digit revenue increases. Both of the latter two companies also operate in the senior dining segment, where their packaged meal capabilities were a valuable asset in continuing to safely feed the elderly. 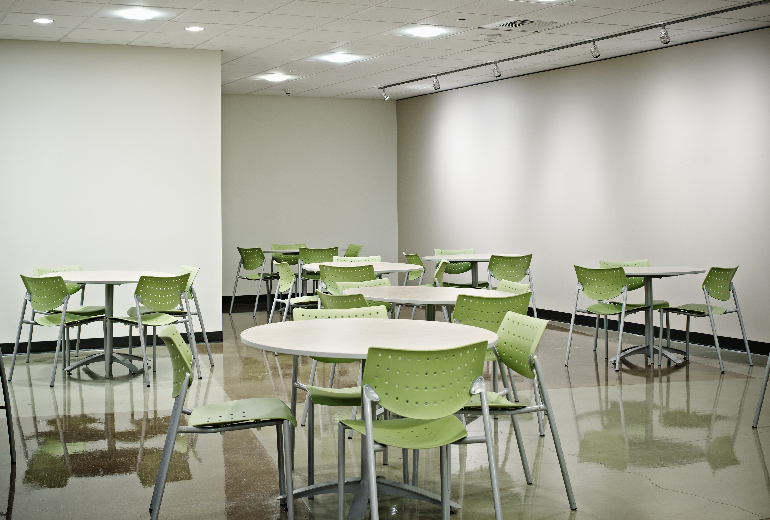 Firms such as No. 19 HHS Culinary & Nutrition Services, part of a larger firm that provides multiple outsource services to healthcare organizations, and No. 33 Food Management Group, which also markets healthcare dining software, have managed to thrive in the current environment.

Some companies operating in healthcare markets like senior communities and medical facilities tended to fare better than those concentrated in other markets as these locations continued to stay open, though with significantly diminished retail sales. The largest specialist in this area—No. 7 Healthcare Services Group—showed only a single-digit drop in its dining services unit (the company also has a housekeeping unit that is not included in the Top 50 results) while senior-dining-heavy No. 41 Culinary Services Group stayed even. Two smaller healthcare specialists—No. 44 Prince Food Systems and No. 45 Luby’s Culinary Services—did have sharp drops, though the latter’s performance was undoubtedly affected by the bankruptcy of its corporate parent, a move attributable largely to the failure of the company’s commercial restaurant operations, not the managed services unit that is expected to be sold off and continue operating as the parent company liquidates.

On the other hand, firms such as No. 19 HHS Culinary & Nutrition Services, part of a larger firm that provides multiple outsource services to healthcare organizations, and No. 33 Food Management Group, which also markets healthcare dining software, have managed to thrive in the current environment.